The latest project of erstwhile Tunng co-frontman Sam Genders, Diagrams offer a lavish, folk-tinged take on contemporary pop, full of deftly executed collisions between acoustic instruments and discreet laptop sound design – or ‘folktronica’ as it was once clumsily dubbed. It’s not, frankly, a million miles from Tunng, especially given how intrinsic Genders’ velvety Derbyshire brogue and songwriter’s craft, both very much the focus here, were to so many of his former band’s signature recordings.

Familiarity notwithstanding, this five-track debut EP is an impressive opening gambit, as rich in melody and slow-burning hooks as it is in inventive arrangements and lush production values. Thus, opener Night All Night begins with sampled, wordless vocal pulses and processed handclaps before Genders’ soft guitar chords and up-front-and-personal lead voice swoop in to deliver an inscrutable narrative in which "icy mountains" and "little bolts of lightning" accompany protagonists "dancing like honest fools". It’s not exactly clear what "This night’s all night", the heavily repeated chorus line, actually means, but its nagging catchiness is undeniable.

The unappetisingly titled Woking offers another, sparser flavour. Against a palette of interleaved, dub-like drums, distant trombones and genteel vibraphone, Genders unfurls what appears to be a treatise on entropy ("Watch the city sleep/Like a baby with restless dreams that burrow deep…"). His voice, increasingly swaddled in rich, atmospheric harmonies, is beguiling but the lyric remains intriguingly unresolved.

The laptops are put away for the closing Icebreakers, a simple, rather lovely folk song propelled, for the most part, by deftly finger-picked guitar and mournful cello. Melodically and chordally, it’s a fairly blatant steal from Simon & Garfunkel’s Kathy’s Song, if truth be told, but that doesn’t detract from its instant, fireside-glow appeal – an effect only reinforced in its coda, a field recording featuring some barely audible, ghostly humming and wintry rain hammering relentlessly against a window. 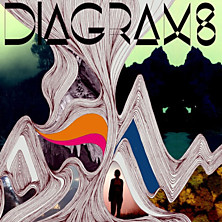