...Both confident and ambitious.

Dutch trance don Tiesto has achieved more than his fair share of 'firsts' in recent times. He’s the first DJ to play the Olympics; the first to get a house record broadcast on North American daytime radio (his remix of Delerium’s “Silence”); and the first to sell out a solo stadium DJ gig to 25,000 people, two nights in a row.

He’s also the first producer in 23 years to score an instrumental number one in Holland, with his hit single “Traffic”.

It’s unsurprising, given this stream of lofty accomplishments, that Tiesto’s third album Elements Of Life is both confident and ambitious.

Following on fluently from his previous albums, Elements Of Life contains all of the tried and tested Tiesto signature sounds: namely, epic melodic trance hooks combined with melancholic introspection and moody cinematic bridges.

But there is a broader, more song-based approach evident too, underlined by the array of guest vocalists; BT, Julie Thompson, Jes, and newcomer Christian Burns among them. Further, Tiesto has opened up his sound to incorporate splashes of minimal techno, house, film soundtracks - even rock.

Lead single, “In the Dark”, arguably one of the best tracks on the album, features a searing dance-rock atmosphere topped with a superlative vocal performance from Burns. Matching this standout is another vocal track, “Sweet Things”, which combines Charlotte Martin’s sultry, soaring voice with a driving rhythm and an ecstatic techno- trance floor-slayer.

The moody, infectious Everything, featuring Motorcycle’s Jes is also top-notch.

“Do You Feel Me?” (which features the ethereal vocals of Julie Thompson) and Break My Fall (with BT), don’t hold the attention for quite so long, while the anti-AIDS campaign track “Dance4Life” (with Maxi Jazz) is derivative and sounds somehow out of place here.

The instrumentals fare worse than the vocal tracks. “Driving to Heaven” and “Bright Morning Star” are cliched and the remix of “He´s A Pirate” boasts little in the way of either charm, subtlety or originality.

Underground or unique Elements of Life is not. But, for what it’s worth, it’s as technically accomplished and accessible an album as you’d expect from one of the world’s most commercially successful DJ/producers. 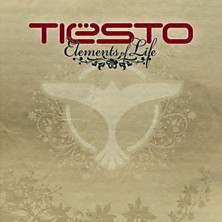