A sprawling prog-rock masterpiece from the Manchester trio.

Manchester trio Amplifier are without a label for this third album, but have forged ahead with a remarkable independent spirit nonetheless. From first glance, it’s difficult to tell whether this double-disc concept album is the result of a band left to their own devices, or whether they’re a band with nothing left to lose and are giving it their last ounce for you, the listener, to contend with. Scratch the surface even slightly, however, and you will be in no doubt that it’s the latter.

After bursting onto the British rock scene in 2004, drowning in huge grunge-y guitars and enormous choruses, they developed their sound for The Insider in 2006, adding more of everything. Now in 2011 they appear to have timed the peak of their genius self-indulgence with a time where prog isn’t a dirty word any more.

If you wonder why they couldn’t fit 16 songs onto one CD (eight on each, like an octopus), it’s important to note that only one song runs at under five minutes. When there’s nobody reining you in, it’s far easier to express everything you wish to and Amplifier’s main protagonist, Sel Balamir, has really gone to town here.

After drip-feeding their fans with The Wave – a slow, menacing stampede of space-rock – there are two true standout tracks on The Octopus. The aptly-named Interstellar is a 10-minute trip into the unfathomable galaxies of Balamir’s mind. Yes, there are hints of Pink Floyd. The title-track is another one swathed in glorious and tender harmonies that trickle out before gathering together to deliver an absolute monster of a chorus. With lyrical themes that venture toward the apocalyptic and other-worldly, it’s an album that commands respects and time to be afforded to it, but the rewards are plentiful. If two discs seem slightly overwhelming at first, then the other perspective is that there is so much quality to digest here that your value for money is not even in question.

In a year when some of the great prog bands are expected to release new material, Amplifier have set standards high from the beginning. The Octopus is an album for others’ material to be compared to – not only in 2011, but for many more years to come. 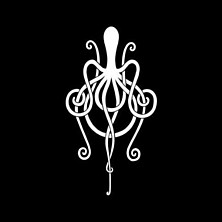