The album's greatest triumph is the fact that you don't even have to be a folkie to...

Originally hailing from Orkney, that bleakly beautiful archipelago scattered off the north coast of Scotland, Kris Drever cut his teeth on the Edinburgh traditional music scene in the late 1990s. The son of Ivan Drever, (of Celtic rockers, Wolfstone), Kris has picked up plenty of praise for his work with 'Britfolk supergroup', Lau, and this wonderful solo debut made him a deserving winner of the BBC Radio 2 Horizon Award in 2007.

The main reason for all the accolades is his singing voice – a rather nasal but warm tenor brogue with a pleasingly precise inflection that lends the material he interprets an undeniable ring of authenticity. This includes a fair number of traditional songs and tunes, but also several well chosen songs by contemporary writers, most notably 'Edinburgh's resident genius', Sandy Wright, who penned both the opening ''Steel And Stone (Black Water)'' and "Beads And Feathers". Andy McKay's country-tinged "Poor Man's Son" is a sublime piece of jail-bound story telling and Boo Hewerdine's socially aware "Harvest Gypsies" the only upbeat number in a set dominated by mid-tempo material and ballads. Thus, as with Lau, the delicate arrangements really catch your ear. Drever's melodic and muscular guitar work is his other major asset, although this is best heard in a live solo setting; of the two instrumental sets, "Honk Toot" is the stronger. Fans of The Pogues will recognise a lullaby-like version of "Navigator", and of the traditional songs, the most memorable is the bittersweet "Green Grows The Laurel", which has considerable chorus appeal. The unlisted bonus track is "Farewell To Fuineray", the song that landed him the deal for this album.

Of course, no man is an island, and the supporting musicianship is consistently excellent. Producer John McCusker appears regularly on gorgeously mellow, measured violin and his former wife Kate Rusby contributes deft backing vocals as do Eddie Reader, Frank Reader and Roddy Woomble. Of the other instrumentalists, the most noteworthy are drummer Roy Dodds and Donald Shaw on harmonium. Perhaps the album's greatest triumph is the fact that you don't even have to be a folkie to enjoy it. That probably makes it folk album of its year. 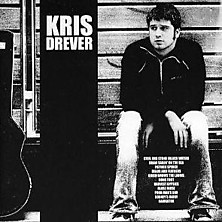