Although many jazz ensembles often talk of equality there is usually a leader-sideman hierarchy in operation, especially among the multitude of today’s piano trios. Part of the appeal of Puma is the very real ambiguity of the ‘frontline’ instrument. Gard Nilssen’s drums, Stian Westerhus’ guitar and Øystein Moen’s keys have an enviably egalitarian role in their murky, at times, deliciously shadowy theatre of sound.

Then again, one of the reasons why no single member of the group is cast in the ‘star’ role is because clearly identified themes and solos on chord-based frameworks is not the order of the day. Puma is a Norwegian group whose members have already cut their teeth with the likes of Jaga Jazzist, Humvee and Nils Petter Molvær and, as is the case to varying degrees with the aforesaid, the onus is more on the knitting and layering of sounds and how the composites can be further embroidered.

The success of such an approach depends on both the richness of the tonalities and the skill with which the players create incremental change, as they are not relying on the clear tension and release that comes with myriad shifts of key. If there is something of a signature Puma sound here then it is a sinister, scraped legato note on the guitar, sustained to be not so much a whirling drone as a gravelly whine that wraps vine-like around the keys and drums. It’s an arresting vocabulary. Its intensity is affecting.

There are flaws though. Westerhus’ guitar sometimes overdoes the mandolin-like long tones, which is a crying shame because he has an interesting touch on the instrument. Nilssen’s drums are kept away from the high register a bit too much, to the extent that there are practically no cymbal shots coming through in the mix, which frequently gives the audio colour some serious charcoal. There is nonetheless great emotional depth as well as cogent sonic drama in Puma, and their moments of inspiration suggest a vocal-less, extemporised version of enduring goth heroes Bauhaus and their most wily artistic satellites TV on the Radio. 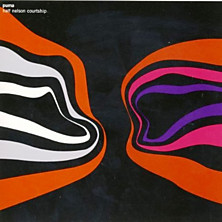