Dave Grohl and friends celebrate creativity and friendship on a mostly successful set.

As supergroups go, they don’t get much bigger than this.

Put together by Dave Grohl, the cast of musicians for this album is not only comprised of his former Nirvana and current Foo Fighters bandmates, but also includes Stevie Nicks, Josh Homme, Nine Inch Nails’ Trent Reznor, Slipknot’s Corey Taylor and Rick Springfield. Oh, and Paul McCartney.

Conceived after Grohl bought and installed a Neve 8028 analogue recording console from the world famous – but now shut – Sound City studios, the album is a counterpart to the film directed by Grohl about the history of that studio, and about the personal, human connection that comes with writing and recording music using analogue equipment.

Each song was composed and recorded specifically for the film in its own 24-hour session, with Grohl the only constant across these 11 tracks. Notably, it includes Cut Me Some Slack, the song McCartney performed with the former Nirvana members at the 12/12/12 benefit concert.

That’s one of this record’s most successful songs – a blast of abrasive and uncompromising rock’n’roll that sees McCartney turn in what must surely be one of the most feral and fierce performances of his career. He may not be Kurt Cobain, but the 70-year-old ex-Beatle’s fire is impressive nonetheless.

Elsewhere, Stevie Nicks’ vocals on the tremulous You Can’t Fix This are ominous and foreboding, Your Wife Is Calling – on which Fear vocalist Lee Ving steps up to the microphone – is a rambunctious and convincing explosion of old-school hardcore punk, and From Can to Can’t and If I Were Me are soothing swathes of relaxing sound.

It’s not all successful, however. A Trick With No Sleeve (Grohl, Josh Homme and Alain Johannes) is rather pompous and overstated, and Time Slowing Down – appropriately enough – lasts for too long without really going anywhere. The repetitive groove of near-eight minute closer Mantra, featuring Reznor, also outstays its welcome somewhat.

On the whole, though, this is an interesting experiment in the creative process, as well as the values of musicianship and friendship. 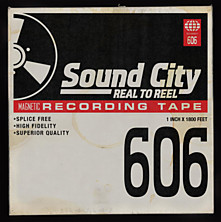