Booka Shade The Sun and The Neon Light Review

The Sun & The Neon Light may capture a strange and sometimes sorrowful state, but...

It's the state Massive Attack called Mezzanine, the same headspace occupied by Bill Murray in Lost In Translation: those sensations halfway between sleep and wakefulness brought on by jet-lag or over-indulgence, when reality seems remote and unreachable beyond the hotel window or a mental fug. And it’s the place Walter Merziger and Arno Kammermeier inhabit on their third album, trapped – as the title suggests – in the twilight zone between day and night.

For while The Sun & The Neon Light is very obviously the creation of two men still in love with the dancefloor, it also probes into the stresses a long-standing and intense affair with clubland can put on your relationships with the outside world.

Their previous album Movements spawned two massive club hits in Mandarine Girl and Body Language, and while there are still euphoric moments here -most notably Charlotte - even they are tempered with something darker. The voices swirling around the bassline sounding disembodied and distant. Forget 'deep' house, tracks like Planetary could almost be 'existential' house, so eloquently do the disjointed rhythms and sounds evoke that weird feeling of being trapped inside your own brain even on a crowded dancefloor.

Few people other than Carl Craig have managed to convey melancholy in what is nominally 'dance' music in quite this way, and his influence is obvious in the cinematic sweep of Outskirts featuring the German Film Orchestra of Babelsberg. Indeed, so emotive are the instrumentals that the lyrics can seem superfluous, with the dead-eyed David Gahan tone of Walter’s voice as effective at creating the record's paranoid atmosphere as the words. Morning eventually arrives with You Don’t Know What You Mean To Me (J’s Lullaby), a beatific and beatless ode to both Walter’s newborn son and the birth of a new day.

The Sun & The Neon Light may capture a strange and sometimes sorrowful state, but it’s one you’ll want to return to time after time. 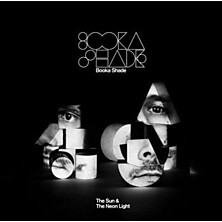