While chart pop may continue to trade on uplifting can-do sentiments, trancey synths and lyrics about discos, indie-rock is definitely in a wistful phase. The various sensitive souls that make up the likes of Bon Iver, Elbow, Midlake and Fleet Foxes may not all have beards, but they sound like they do, along with chunky jumpers and a furrowed brow forged by many years of staring into the distant horizon of a leafy sun-dappled field, refusing to wear shades, and sighing a great deal. This, along with the Guilty Pleasures phenomenon, has ushered in a deluge of intelligent, adult soft-rock which sounds exactly like what punk was rebelling against: introspective, melodic, mellow, beautifully played and distinctly Californian.

So Vetiver are perfect for these bucolic, laidback alt-rock times. Led by San Francisco’s Andy Cabic – the proud bearer of a beard – and named after a non-narcotic Indian grass, they make records based around gently jangling, mainly acoustic guitars, pop hook pianos, discreet beats and the clean, friendly voice of Cabic, singing wistful lyrics of thinking wistfully about wistful things, like old girlfriends who were, despite things not working out, pretty wistful, too. "Happiness is sad," he sighs on the folky Worse for Wear, summing the fifth Vetiver album up nicely.

He writes wonderful tunes, though, especially when he channels the spirit of Lindsey Buckingham and gives it some serious Fleetwood Mac. And this he does on the shamelessly old-school Hard to Break, Wonder Why and the joyous Ride, Ride, Ride, which manages to locate a missing link between The Mac and The Velvet Underground.

Perhaps the reason why Cabic is able to bring an edge and a humour to this potentially predictable music is an incipient Anglophilia that leads him to name-check the ambient guitar classicism of Vini Reilly’s Durutti Column and allow The Smiths and Prefab Sprout to nibble at the corners of this balmy music, keeping it well away from yacht-rock pastiche. And while you do occasionally feel that you are listening to an album-length version of The Connells’ surprise 1993 soft-rock hit 74-75, it isn’t enough to prevent The Errant Charm from being the ideal album to soundtrack wistful contemplation on balmy summer days. 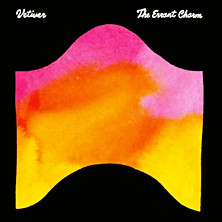