The group’s third album brings a little more muscle to their punch.

It can be hard to write about Holy Fuck without making their music sound like some kind of ungodly ear-puncturing clatterbang; all distortion, fuzz, toy guns, toy keyboards and a host of improvisational instruments. But in truth theirs is the most beautiful cacophony. Borne of a Nova Scotian art collective, Holy Fuck are (currently) a four-piece consisting of two keyboards, bass and drums, and their intention is to make music that sounds electronic, while remaining resolutely unlaptopped.

Latin, the band's third album, is something of a side-step from its predecessors, Holy Fuck (2004) and LP (2007). It’s less brawny and statelier, perhaps in part due to its producers Paul Epworth (Florence, The Rapture) and Dave Sardy (Black Mountain, LCD). But it might well be the closest the band has got to sounding as visceral and as rich on record as they do live.

Opening with the graceful drone of 1MD, Latin starts as it means to go on: tantalisingly, and most unexpectedly. But the mood is soon interrupted by Red Lights, a buoyant, bass-thuggish tune, reminiscent of LP's most swaggering numbers. But there is a progression here too, most notably in the fact that these tracks feel so much like songs, rather than free-floating belly-driven jams. They are songs in the same way LCD Soundsystem, say, writes songs that sprawl and catch and turn back on themselves, but still seem to own some kind of structure.

And there is a new quality here too – one shudders to call it maturity, but perhaps we might instead name it distance, a faint air of remove that appears even in the most intense, meatiest tracks. Silva & Grimes might be a good example, all pared-back floatiness; or near-title-track Latin America, which shoves a kind of bombastic joviality right up against mournful brass and keyboards. Later comes SHT MTN, all dirge and robotic female face, yet which succeeds in being surprisingly infectious. Only Lucky suffers from a little late-Verve space-rock mysticism, though thankfully this is soon tempered by the wiry strut of P.I.G.S.

In short, Holy Fuck haven't so much as grown up as filled out, bringing a little more muscle to their punch. 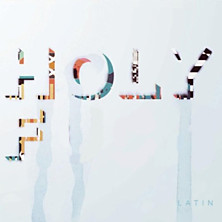