In ten years you'll still probably be hard pressed to find anything that sounds...

Back after ten years, Bristol's Portishead now make Radiohead look like the Monkees. Bleak times deserve bleak music, and here it is. Maybe it's Beth Gibbons' voice. It doesn’t have range – but it does have the singular ability to be compressed, filtered, distorted and mangled any way that Geoff Barrow sees fit, and still survive intact. She can be a wailing banshee or some withered crone, but always vulnerable and distraught. And the relentless 21st century-ness of it all means that this time the band will have neatly sidestepped the fate of their first album, Dummy (and also many who came in their wake): that of becoming this summer's dinner party accompaniment. Put this on over the scallops and seagrass and you'll be discussing the sheer pointlessness of existence, rather than house prices.

The angst is couched in personal rather than socio-political terminology: On Magic Doors Beth's ''emotionally undone''; on Threads she's ''always unsure'' while on Nylon Smile she doesn’t know what she's done to deserve him/her/it; but she can't live without it. Sex? Drugs? Love? It all fits the bill.

So far, so familiar: But sonically Third is extraordinary. Anyone foolish enough to still label this 'trip hop' will be floundering. The band now deals in a kind of psychedelic, post-industrial disjointedness. It's more like trip stop. Adrian Utley's contributions remain as awesome as ever. On Small he revives the spirit of Syd Barrett as he thrashes his echo-laden six strings against an organ raga.

The cinematic quality of their work remains, but despite Portishead's trick of sounding like they come from hellish '60s spy movie there are signs they've listened to what's been going on over the last few years. Ironically this often means that Third comes over as very post punk. Squelchy analogue synthesizers are a big, repetitive but almost totalitarian presence. The throbbing Machine Gun reminds one of Wire or even DAF with technology being pushed to its limits. On The Rip they progress from folk to krautrock, yet for all its talk of ''‘white horses'' it’s not remotely close to the more lightweight sexual shenanigans of illegitimate offspring, Goldfrapp.

Third is also full of alarming juxtapositions. While they still employ the devastating trick of Gibbons' wail descending into a maelstrom who could have seen them turning out the 'jolly' ukulele-driven fever dream of Deep Water? On Hunter the electronics intrude into the mix like a piece of Len Lye's abstract celluloid cut into a Bergmann movie. And the 'noise' at the heart of the only track that could be considered danceable - Magic Doors – will keep sound engineers perplexed for years.

In fact, in ten years you'll still probably be hard pressed to find anything that sounds remotely like Third: Unless they make another album. Breathtaking… 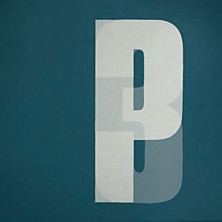