In this collection, he finally has a monument which begins to do him justice.

Roy who? He's hardly a household name, but Roy Budd, a self-taught jazzpianist and one-time child prodigy, was responsible for one of film's most iconic soundscapes. The theme for Michael Caine's gangster film Get Carter, written at the age of 23, lays ricocheting trains, chilling harpsichord and funky tablas over a swaggering bass line. The height of uneasy, inner-city cool, this is music for hard men to get even to.

Unfortunately few of the other films for which Budd composed music have enjoyed the longevity of Get Carter. It means that a large and original corpus of soundtrack work from throughout the 1970s has languished woefully under-acknowledged. This double-disc anthology of music from fourteen of his film scores should help fill the gap.

Budd's gift for urban rhythms and a creative approach to electronic and 'found' sound -part Ennio Morricone, part Lalo Schifrin, but always with his own distinctive vibe- made him particularly well suited to violent thrillers, gritty urban tales, adventures and war films.

Take the main theme from Fear is the Key, an epic car chase sequence lasting nine and a half minutes, featuring a 78-piece orchestra overdubbed with skidding tyres and throbbing sirens. Another signature track comes from The Wild Geese, a spatter painting of moods and genres, from Borodin's Notturno to military marches.

It's not all boys stuff. Budd's groove also extended to soulful pop, such as the gospel influenced "Love is a 4 Letter Word" from Get Carter, and superb piano jazz solos, like a playful re-arrangement from The Sound of Music.

Taken as a whole,what stand out is just how fresh his music remains. Even after 30 years, Budd's mighty wah-wah guitar and lounge-lizard electronics still sound cutting-edge groovy. Acid jazz tracks like "Mister Funker" from Hong Kong spy thriller Foxbat and "No Doubt" from The Marseille Contract wouldn't sound misplaced in the hippest of clubs.

Unexpectedly felled by a brain haemorrhage at the age of 46, Budd left behind over 50 soundtracks, plus a large body of solo work. In this collection, he finally has a monument which begins to do him justice. 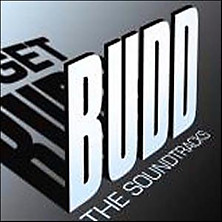