Melds pedal steel and electronica into something really rather gorgeous.

Sharon Van Etten's own description of her songs as "sad prairie folk music" is in part accurate; certainly the seven tracks that make up her latest offering, Epic, own all the wide-skied wistfulness of the American folk tradition. But such statements do little justice to Van Etten's ear for near-pop catchiness – single One Day, for example, runs at a pleasingly radio-friendly lollop, spurred on a little by shades of Tom Petty and the Heartbreakers.

Raised in Tennessee, now based in Brooklyn, Van Etten recorded Epic in Philadelphia, hauling in guest vocals from Meg Baird of Espers, Jessica Larrabee of She Keeps Bees and Cat Martino. The tracks here are a step to the left of her debut, Because I Was in Love – longer, more sonically adventurous, melding pedal steel and electronica into something really rather gorgeous. Most notable is the album's closer, Love More, a paean to lost love and the past, recently covered live by Bon Iver: "I was younger then / I had nothing to spend / But time on you," she sings duskily. "It made me love / It made me love / It made me love more."

There is something special about Van Etten's voice. It is neither the sort of fey, delicate wisp nor the sour, brittle twist we have come to expect from female folk singers; there is a weight and a gravel to it, evocative of She Keeps Bees or early Cat Power. It's nice to hear a female artist singing so much from the belly, even, at times, with a stirring kind of anger – as in the rollicking Peace Signs. But even elsewhere, on the country lament of Save Yourself, for instance, or the free-floating haze of DsharpGg, there is always a sense of strength to Van Etten, something strong-boned and muscular, which marks her out from her contemporaries. 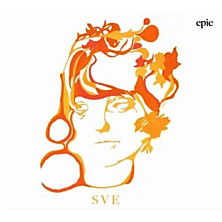