Multicultural Edinburgh trio Young Fathers have, with this collection, established themselves as a standout act amongst 2013’s domestic crop of hip hop. Tape One first emerged as a free download in 2011, but now, with Anticon’s backing, it’s set to reach a wider audience. And it deserves to.

The California label has looked to the UK for signings before, adding Bristol’s SJ Esau and Leeds’ Bracken to its roster. But Young Fathers represent its most promising import yet. Liberia-born Alloysious Massaquoi, Nigeria-bred Kayus Bankole and Edinburgh native "G" Hastings dissect rap constituents from the past 30-odd years and reassemble them into a striking realisation of what the genre can be in the 21st century.

The results are both reminiscent of preceding emissions from rap’s fringe-mentality movers and shakers, and compellingly unique in their colourful fusions. The latter aspect is perhaps inevitable given the mixed upbringings of the protagonists at play, but never a guaranteed plus in the grand scheme. That everything blends so brilliantly is slightly unexpected and gratefully received.

Echoes of De La Soul, Saul Williams, Shabazz Palaces and more drift throughout these arrangements; so too do the more cerebral rappers to have graced Anticon’s books – WHY? and Serengeti amongst them. Yet always a singular voice – or, rather, a trio of them – sings through the influences, telling of experiences and ambitions wholly individual.

A first listen is all it takes for lyrical motifs to imprint themselves into the memory: “Don’t you turn my home against me / Even if my house is empty” comes the refrain closing opener Deadline. Sister rides African-coloured rhythms redolent of Spoek Mathambo’s Father Creeper LP of 2012, albeit with an unmistakable Scottish accent cutting through the track.

Romance moves with dub-like spectral grace, while the percussive punch of Rumbling marks it as the clubland cut of choice: “White boy beat / Black boy rhythm,” it states, outlining vital ingredients. Which, when stirred so excellently, suggest Young Fathers could follow Massive Attack from scene-specific successes to crossover acclaim and substantial commercial impact. Their Protection could be special indeed. 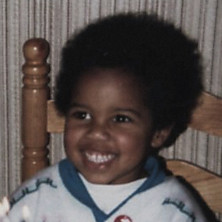