The second wave of Britpop introduced various bands of dubious merit – Rialto, Symposium, the truly wretched Gay Dad – but Mansun were one of its genuine successes.

They were a rum bunch, though: Chester lads with a thing for the more cerebral end of post-punk (Magazine), a whole heap of Bowie and Prince and a disarming tendency to wander into the great proggy beyond. 1997 debut Attack of the Grey Lantern was even trumpeted as that most progressive of indulgences – the concept album. One in which singer Paul Draper, in the guise of superhero The Grey Lantern, exorcised the inhabitants of a small English village from their life of wanton depravity. It was all done with tongue firmly wedged in cheek of course, Mansun’s opulent pop songs making merry with the likes of Penelope Cheapskate, Albert Taxloss, Dark Mavis and a lusty vicar with an S&M obsession.

The songs themselves were guitar-driven with a playful, experimental edge. The band’s use of orchestral strings, ambient noise and sideways lyrics led to them becoming leading players in what the British music press somewhat unconvincingly called New Grave (alongside supposedly similar moodists Placebo and Radiohead). The Chad Who Loved Me has more than a hint of Ride’s Leave Them All Behind, while Disgusting carries traces of late-80s Tears for Fears in its bold ambition. Draper could certainly write killer singles. Taxloss was a near-perfect conflation of The Beatles and the Stones, borrowing from Taxman and We Love You respectively. Wide Open Space was blissful pop with a soaring solo from guitarist Dominic Chad, soon adopted by the clubland massive thanks to Paul Oakenfold’s dance remix.

This reissue includes two extra discs of alternative, acoustic and live takes. Take It Easy Chicken and Moronica are indicative of the Mansun’s vivid spirit, as is Skin Up Pin Up, whereby they run amok like the snotty younger brothers of The Charlatans. The original album knocked Blur off the top bunk of the LP charts for a time, with Radiohead proclaiming it “a real musical achievement”. Thirteen years on, you can still see their point. 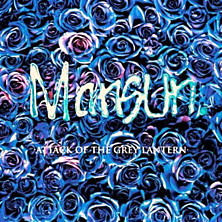