They’ve a vitality, a freshness and a rhythm that is as near to pop as folk.

Six years on since Debbie and Stu Hanna, a married couple who perform as Megson, arrived on the folk revival scene, they continue to produce some of the genre's most captivating music. Theirs is a kind of well-steeped traditional folk, rich with accordion and shruti box, octave mandola, mandolin, guitar and piano, and the kind of clear, sharp English voices that somehow hit you amidships. But they bring with them, too, the thrill of the new; a vitality, a freshness and a rhythm that sometimes brings their music as near to pop as folk.

Now four albums and one EP in, their last album, Take Yourself a Wife, breathed new life into old ballads about working-class life. This time around, they have themed The Longshot's 11 songs around the specific subject of work, and as with its predecessor, many of the tracks here are traditional, hailing from the Hannas' native North East: a dialect poem by Elizabeth Tweddell; a comic song about a Hackney carriage, written in the 19th century by George Ridley; songs about miners and match-sellers; a traditional ditty about the love affair between a Handloom Weaver and a Factory Maid.

But it is the tracks written by the Hannas themselves that are the most affecting: Working Town documents the changes the pair have witnessed in Britain's industrial towns, particularly around Teesside, while the title-track is a tribute to the importance of football in industrial communities – it proves to be one of the album's most stirring songs. Likewise the lovely, lilting California, a love song set against the promise offered by the Eston Hills outside Middlesbrough, which in the closing years of the 19th century became something akin to an American Gold Rush town with the discovery of iron ore. Debbie Hanna's forlorn and fine-spun voice, telling of the wives left behind, contrasts starkly with the backdrop of heavy industry. It's a magical song, and an exquisite end to a beautiful record. 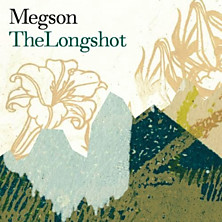