Pull in Emergency are a London five-piece who formed at school in north London and have been getting some acclaim of late, and not just because the members are still only in their mid-to-late teens. Their self-titled debut album, produced by Gordon Raphael, has the angular momentum of The Strokes and the chiming guitars and melodic indie classicism of The Smiths. Singer Faith Barker’s dulcet tones have the lilting cadence of a Morrissey, which makes the lyrics seem more arch than they probably are – these are pretty straight examinations of early-adult anxiety, full of questions (from the specific "What happened last night?" on 15 Years to the more existential "Where do we go from here?" on Hold Still) about love and life but few of the tart inflections of their illustrious forebears.

Musically, then, this is a simply thrilling/thrillingly simple Strokes/Smiths amalgam, with some of the hypertension and kinetic action of an Everything Everything. They’re also a bit Maccabees, a band with whom they’ve toured, and are generally redolent of those other underage bands that emerged in the late noughties such as Cajun Dance Party. Everything Is the Same is typical of what’s on offer here with its twin guitars – the one trebly and keening, the other more bassy and dirty – and darting vocal melody. In Silence is fast and rhythmic but it’s not just indie disco pabulum, it’s subtly impressive and charmingly self-assured, albeit in a limited way.

The songs here do tend to be based around the same series of chords, leaving Barker with little option but to warble along similar melodic lines each time. And the players tend to bash out their parts, although that’s probably the point – this is less about instrumental dexterity and virtuoso prowess, more about banging out riffs, hooks and choruses, all of them vehicles for Barker’s pithy reflections on human nature and terse aphorisms ("I may be bitter... it’s better than you" – Cold Hands). In a way, tracks such as What You Say are Britpop updated, with echoes of Sleeper and Echobelly if not Elastica, which is no bad thing if you’re either a gig-going teen with a head full of angst or a 30-something album-buyer who wants to be reminded of their gig-going/teen-angst past. 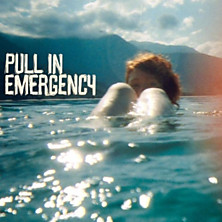