Charlotte attempts to cross over from the classical chambers into the pop pond, but...

When former child star and operatic Voice of an Angel Charlotte Church grew up, we knew things were going to be different. As a feisty 19 year old with a rugby player boyfriend, she's been in and out of the papers every since she discovered boys and alcohol. Tissues and Issues sees Charlotte attempt to cross over from the classical chambers into the pop pond, but were our expectations, dreaming of a pop saviour, simply too high?

Unleashing "Crazy Chick" as her debut pop single, it was obvious Charlotte wasn't working with the current trend of putting 80s electro beats behind her music. Instead here was a soulful, confident ass-shaking hairbrush hit. Unfortunately it was a solitary shiny penny gleaming out of a pool of mud.

Brimmed to the max with middle of the road ballads, the album is sadly lacking anything clever, special or original and you can't help but wish that collaborators such as Xenomania and Richard X had been picked instead of those who were.

Single number 2 "Call My Name" is another motown inspired number, but is sadly little more than "Crazy Chick Part II" (the part without the catchy bit). The same can be said for "Moodswings". "Let's Be Alone" is pretty much the only other upbeat track on the album and here she fuses her classical sounds with middle eastern twinged dance beats.

And so, into the ballads... "Easy to Forget" is just that, and its slight urban sound makes it sound like a watered down version of All Saints' "War of Nerves". The frankly dreadful "Even God" sees Charlotte lose all attitude and credibility and is nearly enough to bring any sane listener to tears of boredom or laughter. Only "Fool No More", heavily influenced by Jamelia's Stop, can redeem the 2nd half of the album. You can just imagine Bridget Jones pensively dreaming of her one true love, while listening to this song.

There is enough promise in Crazy Chick to make you think that, no matter how bad this album is, one day she will return with a more compelling set of tunes, given a better set of producers and songwriters.

So pop pickers, our hopes are dashed this time, but for now let's keep those fingers crossed for a saviour in the form of Sophie Ellis Bextor's 3rd album, or even better, a Billie comeback. 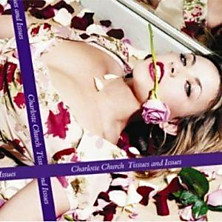