Proves that potential mass appeal need not come at the expense of creative flair.

At a time when many of dance music’s big guns seem happy to overlook the past 20 years of the genre’s progression in a bid to pander to the hugely lucrative global EDM market, Flume’s emergence has been a somewhat welcome breath of creative fresh air.

Not for Harley Streten the trance-lite builds and drops. The Sydney-based producer favours aural substance over fake gold-plated sheen. That said, his eponymous debut as Flume should guarantee success across the board, both commercially and critically.

Streten has already enjoyed considerable success in his native Australia, where this album has been available since November 2012.

It’s a fine line to walk. But in contrast with more niche artists such as Flying Lotus or Slugabed – with whom there are clear parallels at times – Flume seems adept at combining leftfield sonic quirks with a hook-led accessibility.

The wonky funk of What You Need and the fizzing, almost distorted electronic hip hop of On Top prove that the 21-year-old is more than worthy of rubbing shoulders with LA’s finest Brainfeeder beat-manglers.

Not once does the high standard dip. The chopped-up, pitch-shifted vocals (a recurring theme), electro-stabs and gentle chords of Sinatra flows into the raw emotion of Holdin On and Left Alone, the latter featuring the considerable vocal talents of Chet Faker, and onto to the summery strains of Sleepless.

That strong opening is backed up by the galloping melancholy pop of Insane and dubstep-paced bass workout More Than You Thought. This evolves into tribal chant-led ambience before the two seemingly opposing forces combine magnificently.

The music box twinkle of Warm Thoughts, meanwhile, is such a seemingly simple idea but manages to carry a deep soul and emotion via its rolling melody and deftly layered vocals.

By turns sensitive, soulful and idiosyncratic, while maintaining an underlying pop aesthetic (and that is to its credit, not its detriment), Flume has created a refreshingly open and varied debut. 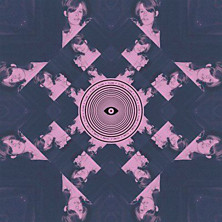