If there are two kinds of musical projects to be wary of, it’s those involving poetry and those facilitated by music journalists. So the fact that this clunkily titled but beautifully dressed CD is both does not bode well.

Young black Londoner Anna Le was reciting a poem called Jimi at a Hendrix-themed event organized by journo Gavin Martin when veteran critic Charles Shaar Murray turned to his companion and said, "You should set this to music." Said companion was Roxy Music guitarist Phil Manzanera. The result is this gently experimental 13-track set on Manzanera’s own Expression label.

What the pair found to say to each other on that first meeting remains a mystery, but they bridge a 40-year age gap and a chasm between life experiences on this deceptively simple record. Manzanera does a very similar thing for Le as the late Martin Hannett and his Invisible Girls did for John Cooper Clarke over three decades ago, shaping a set of atmospheric, discreetly rhythmic backdrops that generously stand back and allow Le’s torrent of words to take centre-stage.

So while it does seem annoyingly lazy for Manzanera to back Le’s almost-biographical tributes to Hendrix (Jimi), Lee Perry (Scratch) and Stevie Wonder (The Wonder of Wonder) with pastiches of the artists in question, and Le – whose delivery lies somewhere between a more interesting Speech Debelle and a less funny Scroobius Pip – has an irritating tendency to show off her extensive vocabulary like a precocious child at a spelling bee, the enigmatic connection between them adds up to more than a mere sum of parts.

This is particularly evident on Le’s political centrepieces My Nth Entities, The American British Dream and Mountain Top Dreaming. The latter kicks off with a standout stanza – "An email from Enoch Powell corrupted my PC" – and shares top billing with All the While, whereby moody acoustica provides the perfect setting for the smart way that Le’s state-of-the-planet rant suddenly coalesces into a heartfelt love poem.

But recording the lives and achievements of great black men seems to be Le’s main mission, and The Wonder of Wonder might just be the best thing anyone’s written about the great Stevie. Perhaps Nth Entities’ biggest problem is that the music journalism overwhelms the poetry. 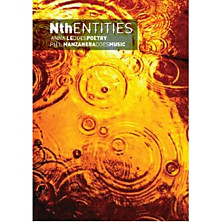