Mother and daughter’s first album as a folk duo is a beguiling listen.

The gift in question here, one gathers, is a handing of talent from generation to generation; Norma Waterson and Eliza Carthy are, after all, the sublimely gifted mother and daughter who make up part of British folk’s great dynasty. This is not, by a long chalk, their first attempt at working together – they have sung together many times, as well as in the family ensemble Waterson: Carthy. But Gift is notable for being the first album they have set down as a duo.

Mother and daughter make for beguiling singing partners: voices that meet and match, but at times, too, push against one another. There is a beautiful weight and grain to Waterson’s singing here particularly, so that when she is joined by her daughter, Carthy’s voice seems to bring a gleam and a polish.

The songs are a rich and plentiful selection, from Poor Wayfaring Stranger and Bunch of Thyme to the unlikely segueing of Ukulele Lady and Amen Corner’s (If Paradise Is) Half as Nice, are at times strong and sad and stoic, while at others giddy and headstrong.

The arguable highlight is closer Shallow Brown, a song of farewell with a real sway and swell and swagger to it. Backed variously by other family members, including Eliza’s father Martin Carthy on guitar as well as her cousin Oliver Knight on electric guitar, vocals and cello, there is a real sense of congregation and rootedness about this song, and indeed this record as a whole. Long may the dynasty flourish. 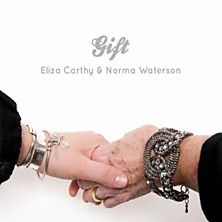