An unforced alliance of player and beatmaker, with measured, apt, concise statements.

Tom Skinner, whose relatively slight build tallies with the title of this work, is no lightweight on the London jazz scene. His voluminous CV, spanning a good 15 years, features stints in the bands of Denys Baptiste, Cleveland Watkiss and Alexander Hawkins among others.

But the whole point about his growth as an artist is that he has worked in a wide variety of contexts, the most recent notable venture being the Kenyan-British ensemble Owiny Sigoma.

Clocking in at 36 minutes, this long-awaited solo debut is an impressive exercise in the integration of an expectedly wide range of aesthetics, revealing first and foremost a thoughtful composer with a skilled producer’s ear.

Skinner’s muse dictates that he is a musician who fully embraces the machine. Hence from the opening bars of Aquarius it is clear that this work simultaneously captures a sense of physical engagement with an instrument – right down to the miniscule delay between swishes of a cymbal or the gnarled scrape of a guitar – and the unerring quantization of a programmed snare or sub-bass.

Category obsessives might deem the results post-trip-hop jazz, progressive dub or arthouse electronica, but those somewhat fatuous pigeonholes would miss the point. Hello Skinny is an unforced alliance of player and beatmaker, the net result of which is a form of music whose organic and synthetic resonances land on a level playing field.

A tumble of reverb or flicker of distortion is woven in with sufficient finesse to render an arrangement eerie rather than dry or bloodless. The eye-of-the-needle engineering of Dilip Harris and Chris Morphitis is crucial in this respect.

Ultimately, Skinner’s work could be seen as an intriguing tangent of Zed-U, the group he co-leads with bass guitarist Neil Charles and multi-reed player Shabaka Hutchings, who proves a valuable guest alongside trumpeter Byron Wallen, double bassist Tom Herbert and keyboardist Nick Ramm.

These virtuosi all make measured, apt, concise statements. And, importantly, they never once play one note too many. 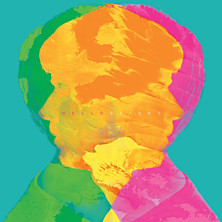