''Being Boiled'' remains the greatest single inspired by the plight of silk worms ever...

There are a number of reasons why we should celebrate The Human League. For starters, there's Phil Oakey's defiantly ridiculous hair style. There's his recruitment of two schoolgirls from the dance floor of a Sheffield disco into the band, like a Jackie photo story made flesh.

There's also their indelible imprint on the landscape of early 80s British pop. Without the Human League there would be no Depeche Mode, no Yazoo, no Howard Jones...

It's unsurprising that this latest compilation plays its trump card immediately with ''Don't You Want Me''. As perfectly constructed as any pop can be, its shifts between major and minor perfectly reflect the emotional turmoil and yuppie angst of the lyric. It's almost matched by the other singles from the classic Dare album, such as ''Open Your Heart'' and ''The Sound of the Crowd''; a perfect marriage of synthesised detachment and romantic yearning.

How odd, then, to find a brace of early singles tucked away at the end of the CD. Pre-schoolgirls and discotheques, The Human League was as po-faced as any band could be. ''Being Boiled'' remains the greatest single inspired by the plight of silk worms ever released. ''Empire State Human'', which finds Phil cleverly rhyming 'tall' with 'wall' ad nauseum, still sounds remarkably contemporary. Screamingly pretentious, of course, and all the better for it.

Even after Martyn Ware and Ian Marsh departed to form Heaven 17, Phil's liking for doomy pronouncements still lurked beneath the pop veneer. Take 1984's ''The Lebanon''. A misguided foray into middle-eastern politics, it may well be their lyrical nadir, their trademark synth-pop swamped in a hideous 80s production.

Although 1986's ''Human'' momentarily revived their chart fortunes, they never equalled Dare. By the 90s, they had committed the cardinal sin of their futurist origins they sounded dated. Mid 90s singles such as ''Tell Me When'' were largely forgettable. Tellingly, 2001's ''All I Ever Wanted'' is redolent of their earlier, purely electro sound, and marks a return to form.

Now largely confined to the tawdry spectacle of 80s revival tours, The League's best years may be behind them. However, as this compilation demonstrates, they were one of the great singles bands of their era, and proved enormously influential on subsequent electro-pop. And if they failed to equal the sublime pop rush of ''Dont You Want Me'', they can always rest in the knowledge that few ever did. 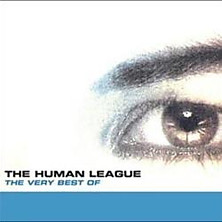