Arguably the least Texan-sounding Texan recording artist in musical history, Matthew Dear makes intelligent, almost lugubrious electronic art-pop. Influenced by his college days in Michigan and Detroit’s position as the birthplace of techno, Dear initially had more impact as dance act Audion than as the maker of two largely ignored albums back in 2003 and 2004.

The turning point was 2007’s Asa Breed, a masterpiece of witty, understated but effortlessly funky synth-pop that stands as one of the high watermarks of this century’s electronic post-punk revival. 2010’s Black City followed; darker, more sonically aggressive and impressive, but lacking Asa Breed’s subtle charm.

Dear’s fifth album sees the songwriter, keyboardist, guitarist, singer, producer, DJ and all-round clever dick making a bigger, more accessible sound; one informed by having his own four-piece band and touring the world supporting the likes of Hot Chip and Interpol.

Beams provides more evidence of Dear’s two unusual talents. First, he is able to reassemble a set of easily identifiable 70s/80s influences (he’s always been open about his debt to Bowie, Eno and Talking Heads) while simultaneously making a noise that is now unmistakably Matthew Dear.

Second, his years as a dance producer have given him the facility to take one riff or bassline on a four- or five-minute journey which, due to clever dynamics and Dear’s gift for melodic vocal chants, ends up sounding like a pop song.

This latter skill hits home especially wonderfully on Earthforms, an endlessly looping, Cure-ish bassline taken on a thrilling trip by Dear’s fat drum sounds and polyphonic synths. His lyrics this time around paint of a picture of a happy and satisfied man who is far too smart to imagine such good luck can last, as summed up by the chunky dancefloor doubt of Ahead of Myself.

In that and plenty of other senses, Dear’s nearest contemporary is James Murphy of LCD Soundsystem: a hipster with immaculate taste and enormous talent, who always seems to be quietly laughing at himself in the corner of some artfully sleazy New York nightclub. No wonder he moved outta Texas. 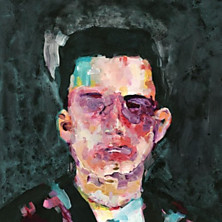