Suede The Best Of Review

A great tribute to a flawed, but nevertheless fantastic, career.

Alongside Pulp, Suede stood apart from the plethora of bands that spread, acne-like, across the UK in the mid-90s explosion of Britpop. That much is evident when listening to this new compilation. It’s essentially a reissue of 2003’s Singles collection (minus three songs, but with an extra disc of non-single tracks); but even in 2010, when most Britpop sounds dated and clichéd, the zeitgeist that Suede captured throughout their years together seems just as relevant and pertinent today.

The songs of that first disc are, of course, the ones that everybody will know. It kicks off with Animal Nitrate, which, 17 years after it was first released, still radiates with the edgy, contentious energy that defined early Suede. Indeed, no other band has ever quite managed to romanticise England’s urban sprawl and decay with as much efficacy as Brett Anderson’s poetic lyricism. With or without Bernard Butler, Anderson incisively captured the messed-up, drug-addled yet hopeful, dream-filled lives of a generation who grew up during or after a Thatcherite Britain, something that Metal Mickey, Trash, Everything Will Flow, Beautiful Ones and the relatively lethargic wistfulness of Saturday Night ably demonstrate. And although the later singles – especially Electricity and Obsessions – noticeably lack the bold, brash spark of their earlier counterparts, instead of becoming something of a self-parody they contain a lyrical and musical intelligence that was absent in much of the lad-minded music of their era.

Yet perhaps the most significant aspect of this compilation is the second CD: 17 songs taken from Suede’s first three albums (or their singles). The likes of She, Heroine, The Asphalt World and the brittle poignancy of The Next Life are testament to Suede’s extensive talent – proof they weren’t just anti-heroic poster boys for a disenfranchised generation and the cynical record label marketing men. In fact, that some of their very best songs – namely Europe Is Our Playground, My Dark Star and the tender, abject melancholy of The Living Dead, all present here – were B sides, shows just how much Suede had to offer. Having reformed earlier this year, time (and any new material) will surely tell if they can recapture the bright nuclear lights of their past. For now, though, this is a great tribute to a flawed, but nevertheless fantastic, career. 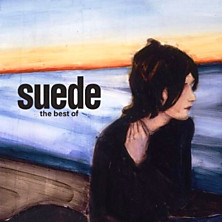