A very beautiful third album from the orchestral ensemble.

A small orchestral ensemble led by a married couple. As likely to play churches and public libraries as concert halls. Often lumped in with the overcrowded and increasingly irritating ‘nu folk’ scene. Compared to Vaughan Williams and Benjamin Britten, probably because they’re the only English classical composers we pop critics have heard of. Have made two previous albums which used poetry by the likes of Chaucer, Hardy and Tennyson instead of pop lyrics. Occasionally sound like the music Oliver Postgate used to backdrop Watch With Mother. They feature a bassoon. North Sea Radio Orchestra really should be smug, boring and irrelevant. So how do they make this stuff so exciting?

The third NSRO album sees Craig and Sharron Fortnam changing tack in subtle but significant ways. The old poets have been sidelined in favour of self-penned lyrics that neatly reflect their very English sense of melody and the female Fortnam’s light, sad, pretty, folkie-meets-chorister voice. The title-track, with its spooked electronic music box feel, provides the lines that define the mood: "I a moon orbiting myself / Sometimes gravity pull me close." The words throughout the album feel like the thoughts of someone so outside of the real world that they can hover above themselves, watching their own futile attempts to connect, like a child watching ants and pondering whether to drown them. This alienated, superior feel is contrasted by the sheer beauty of Craig Fortnam’s melodies, which have that knack of suddenly shifting to the one chord available that can make spines tingle and toes curl with pleasure.

Meanwhile, the arrangements wear their classical and ancient folk influences so lightly that a track like Berliner Luft can find itself sounding like Neu! without need of drums nor electric guitars. The overall effect makes I a Moon feel like the world’s first baroque-Krautrock-folk-rock-Michael Nyman-madrigal-Kate Bush-electro-pop album. But more than all that, it is genuinely very beautiful. 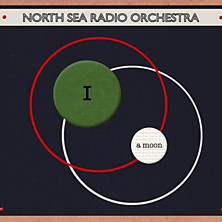