...Leige And Lief was in no way their best work. These three reissues are undoubtedly...

While last year's expanded reissue of Liege And Lief -an album consistently referred to as the starting point for folk rock -was a welcome reminder of its truly groundbreaking, well...folkiness, one can't help but feel that Universal may have got their release schedule in a muddle. For in no way did the aforementioned album spring out of nowhere. These three CDs show the full story of Fairport's growth from North London flower children to fully paid-up tweed and corduroy-wearing traditionalists. And (here comes the controversial bit) Leige And Lief was in no way their best work. These three reissues are undoubtedly Fairport at their eclectic best.

When you think of Fairport it's usually as a rural bunch getting it together in a country cottage. But it's as a fully-fledged house band of the Summer of Love that they first hit the national consciousness. As key members of Joe Boyd's UFO/Middle Earth club axis they were often seen as an anglicised Jefferson Airplane. While the twin vocal talents of Ian Matthews and Judy Dyble (who went on to be associated with Robert Fripp's earliest incarnation of King Crimson) mirrored Slick and Kantner, the closest they came to the West Coast vibe on their eponymous debut was the slinky jazz shuffle ''It's Alright Ma, It's Only Witchcraft'' (with its line about the sound they'd found 'down Frisco way'). What's actually occurring on this first disc is a young band of extraordinary diversity combining the cream of contemporary singer songwriters (Dylan, Mitchell et al. Fairport were always a great covers band) with trad jazz, folk and psychedelia. What is amazing is how Richard Thompson's guitar is already a potent weapon in such young hands.

With What We Did On Our Holidays, the crystal clear but somewhat 'uptight' sound of Dyble had been replaced by the proper folk singing of Sandy Denny. She brought her own accomplished tales of English history (''Fotheringay'') and the ability to make a 'trad arr.' song sounddelicately authentic. The Dylan and Mitchell songs remain, but Thompson's guitar is already becoming a far subtler instrument. His solo on ''Eastern Rain'' straddles the cosmic/folk gap with aplomb. What's more, his own songwriting was blossoming fast. Future Fairport classics such as ''Meet On The Ledge'' make their first appearance here and Joe Boyd's production allows the deceptive simplicity to shine.

By Unhalfbricking Fairport had already redrawn the arbitrary lines that divided folk and rock in the same way that their heroes, The Band, had done in the States. Thompson, by now, was a fully-fledged master of his craft (at the age of 20!): ''Genesis Hall'' being the first of his really melancholy masterpieces. Yet, such was the wealth of talent in the band that only one other of his contributions was featured. Denny provided her signature tune ''Who Knows Where The Time Goes'', and ''A Sailor's Life'' (featuring future long-serving member Dave Swarbrick on violin) proved conclusively that a traditional song leant itself perfectly to the kind of extended jamming normally reserved for more testosterone-fuelled blues workouts by the likes of Cream.

Bear in mind that these albums all appeared in the space of two years and you'll realise that here was a special group, intent on pushing themselves and all around them into a whole new way of combining the new and the wonderfully old. Let's face it, the roots of a whole sub genre reside in these three discs. With extra tracks and charmingly amusing liner notes by Ashley Hutchings, now's the time to remind yourself where the time went... 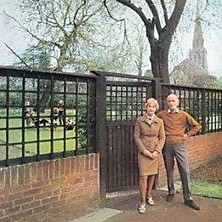