Tilly and the Wall O Review

It deserves nothing less than to become an instant classic

Hailing from Nebraska and boasting a tap dancer in lieu of a drummer, O is the third album from Tilly And The Wall. It opens in requisite, folky, Carpenters style – but to say what follows is a pleasant surprise would be an understatement. Punchy rhythms and vocals more akin to The Bangles or Blondie are a refreshing breath of fresh air.

Formed seven years ago from the off cuts of many other bands, it wasn't until 2006 that they took their first tentative footsteps outside the States. Since then, it's fair to say things have snowballed. Ahead of the release of this album, they've played Coachella, had a track (Pot Kettle Black) used in the pilot for much-feted Beverley Hills remake, 90210 (they ended up guesting in the debut episode after it was commissioned) and been invited to record a version of The ABC Song for the legendary Sesame Street.

Tilly And The Wall may be quirky, but they're surprisingly adept at producing potential mainstream hits and, for a band named after a children's TV show, unexpectedly mature. Cleverly combining the shouty answer-response methods of The Zutons with the stylish folky pop of a modern day Mamas and Papas, they've produced wave after wave of pacy, infectious, sing-along anthems here.

Pot Kettle Black is an outstanding musical slap-in-the-face, while Jamie Pressnall's relentless tap dancing on Cacophony boasts an intricate rhythm which evokes the timeless handclaps of Nina Simone's Sinnerman. Best track on the album is a tough call, but it deservedly goes to Beat Control– a funky slice of pop that wouldn't be out of place on a disc by current UK chart regulars The Tings Tings or Alphabeat.

There simply isn't a single track on O that you won't fall instantly in love with – for one reason or another. The added bonus being that, as your ears meander through various verses, you're reminded again and again that the bassline is being tapped out not by a drumstick – or worse, a computer – but by a human being's metal-heeled foot. O: What a joy. It deserves nothing less than to become an instant classic on both sides of the Atlantic and beyond. 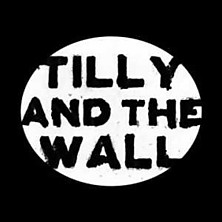