It just goes to show you can't keep a good Dogg down, especially when he’s still got...

Bearing in mind that rap music has always be considered a music genre for the rebellious youth, it is debatable when a rapper should hang up his or her mic. For Snoop Dogg, who returns with his ninth solo effort and 15 years of experience under his belt, it is pretty clear the thought of retiring is not yet in his foreseeable future. It's surprising, given that he has also been occupied with other projects, like his family reality show Snoop Dogg's Father Hood, endorsements and directing porno flicks. Snoop seems continuously on his grind, whilst displaying a multitude of personalities. I mean, what other entertainer could get away with openly exhibiting their gang affiliations and still appear on mainstream talk shows like The David Letterman Show and The Ellen DeGeneres Show?

The aptly titled Ego Trippin', chooses not to be littered with the obvious current big names and rather lends most of the production to QDT Music, the producer collaboration of Teddy Riley and DJ Quik, while the sounds are inspired by '70s soul to '80s pop. Sensual Seduction, the lead single, has the Southern Californian singing the majority of the track through a vocoder, much like T-Pain, and enlists Shawty Redd to re-create the '80s disco funk, aiding one of his favourite topics: Bedding women. Yes, Snoop does continue to stay within his lyrical comfort zone; gangsters, hos and recreational drugs. Maybe this is an indication that he has nothing new to say on wax, although Neva Have 2 Worry aims to confirm this hasn't prevented him from successes: ''Stack plaque after plaque, gain millions sold I'm the Bo$$ of this bitch and I ain't never went Gold''.

Cool, a cover track by The Time, has Snoop singing again and My Medicine a country ode to Jonny Crash are both oddly brilliant, purely because we've never heard songs like these coming from die-hard rappers. Also, amongst the many titillating tracks, Been Around Tha World is dedicated to his wife. However, his boisterous accounts of his lifestyle overshadow the sentiment.

Although 21 tracks does become rather an arduous listen, it is intriguing and some what amusing going through Snoop's experimental journey. It just goes to show you can't keep a good Dogg down, especially when he’s still got more to offer. 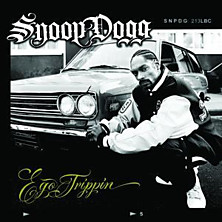