Released on the Hyperdub label in 2009, the single Aidy’s Girl Is a Computer won Darkstar acclaim outside of the dubstep constituency and signalled their intention to go beyond that world. They made an even more decisive break when the duo of James Young and Aiden Whalley binned a whole album of cyborg dubstep late last year, drafted in a singer, James Buttery, and started from scratch.

The story of the scrapped album has afforded Darkstar an aura of tortured rock artistry and human fallibility that further moves them away from dubstep’s clinical air. With its washes of keyboards, synthesizer rhythms and effects, and mournful melodies sung by Buttery like a depressed chorister, it bears traces of all the different music Darkstar were immersed in during recording: Radiohead, the noir urbanscapes of Burial, movie soundtracks and early-80s Human League and OMD.

In fact, to underscore the influence of the synth pioneers, there is a version here of the League’s 1982 B side, (You Remind Me Of) Gold. It is less strident than the original, locating the sadness at the centre of UK electro-pop, a melancholy suggestive of its roots in post-industrial malaise and ennui. From its title to the songs themselves, North – written and produced by Whalley and Young, two working-class Mancunians – is an emphatic reminder of the importance of Britain’s northern cities in the development of electronica, notwithstanding dubstep’s status as a London genre. It is a Dare!, a Penthouse and Pavement, for modern times.

It’s a downbeat record that reclaim’s dubstep’s original dark energy and experimental imperative. Not for Darkstar the mainstream purpose of Magnetic Man. It’s hardly designed for clubs. Opening track In the Wings features a menacing synth buzz that is pure John Carpenter. Ostkreuz, named after a station on the Berlin subway, has more in common with side two of Bowie’s Low than Benga. On the still-stunning Aidy’s Girl Is a Computer, the twinkling electronics nod to Kraftwerk without sounding like them. Almost every song is awash with bleak atmospherics and an almost hymnal churchy sorrow while the crisp beats move at a brisk pace beneath the slow, solemn melodies. For Two Chords, Buttery is multi-tracked like a choir of weeping angel-boys. During Deadness, over keyboards that conjure up computers crying, he sings with the wistfulness of a Robert Wyatt. 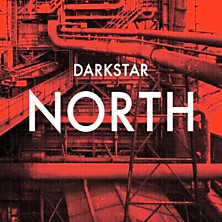