Flashes of inspiration aren’t enough to make for a wholly convincing return.

Blondie have already survived one lengthy hiatus, emerging not only with their legacy intact but with their zeitgeist restored. Seventeen years after dwindling fan interest and a potentially fatal skin disease for guitarist Chris Stein made it seem likely that 1982’s The Hunter would be their swansong, their comeback single Maria gave them their first UK number one in nearly two decades. But after another extended period of non-activity – this time, an eight-year gap since 2003’s The Curse of Blondie – bottling lightning once again would seem a miracle too far.

Yet the most striking aspect of Panic of Girls – or, at least, its opening smattering of songs – is how thoroughly modern it sounds: those taut, tight guitar lines are still present, but now come coated with a futuristic sheen. Opening track D-Day kicks in with pounding drums and splintered electronics, with Debbie Harry’s layered vocal lending a cyber-punk feel – and despite Harry’s weary insistence on What I Heard that "It’s a total bore / I heard it all before", its fizzing score belies a different tale.

Sadly, maintaining such stamina over the whole record proves too much of a herculean task. Blondie have long had had a knack for cherry picking from other genres – see their ska version of The Tide Is High, or the hip hop elements they incorporated into Rapture – but on Panic of Girls, such appropriation is both commonplace and ill-conceived.

Girlie Girlie is the worst offender, a dreary reggae pastiche complete with unconvincing Jamaican patois from Harry, but it’s far from an isolated example. Wipe Off My Sweat lacks the requisite sexy swagger to nail the slinky Latina vibe it tries to ape, while it’s only Harry’s brilliantly daft chorus of "Je suis un animal" that stops Le Bleu and its hackneyed French accordion from veering into total parody. That Panic of Girls gives way from innovation to imitation is regrettable – but in an era in which bands are content to simply wheel out their back catalogue in return for a fat pay check, it’s admirable that Blondie are still here and still looking forward, even if only fleetingly. 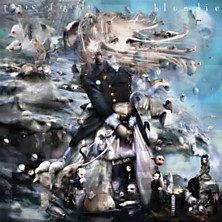