An affecting and intelligent record: the pair shouldn’t shy away from a sequel.

In his 2002 book 31 Songs, a semi-autobiography testified through the prism his record collection, Nick Hornby remarked that he writes books because he can’t write songs. Lonely Avenue tests this characteristic self-deprecation, Hornby providing lyrics for music by Ben Folds (a Folds tune, Smoke, was among Hornby’s 31).

Hornby is running at a high bar – since emerging in the mid-90s, Folds has been a consistently enthralling songwriter. Consciously or not, it’s perhaps for this reason that Hornby – no stranger, as a novelist, to narrating from third-person viewpoints – writes uncannily like Folds. Had Hornby’s participation not been advertised, it’s unlikely anyone would have suspected the hand of a collaborator. The scenarios are Folds’ familiar palette of wry character sketches and sharply observed domestic dramas, and the vernacular is deliberately American English.

Lonely Avenue is not an unalloyed triumph. Obvious talking point Levi Johnston’s Blues, a semi-Springstonian lament from the perspective of the father of Sarah Palin’s grandchild, bristling against the shotgun in the back of his wedding tux – The River reset in Wasilla – rings hollow, and Folds somewhat overdoes the bombast. The Hold Steady-ish Your Dogs, all wo-ah choruses and fidgety electric keys, also overcooks itself.

The more restrained moments, however, are gorgeous. Belinda is a sumptuous ballad with a beautifully observed lyric, about a one-hit-wonder artist who cruelly ditched the woman he wrote his one hit about, but is stuck singing sentiments to which he no longer subscribes. The joyously rueful shuffle From Above is clearly intended as a companion to Tom Waits’ immortal ships-that-passed lament Martha, sympathising with the equally thwarted people with whom Waits’ protagonists actually spent their lives.

This is an affecting and intelligent record: neither Folds nor Hornby should be shy about suggesting a sequel. 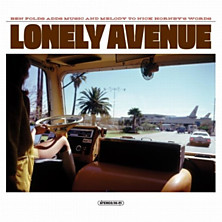