Tabor’s a colossus, and this is one of her finest hours.

June Tabor has always resolutely pursued her own heart without recourse to the conformities of genre, expectations of audiences and especially not the pressures of orthodox commercial appeal.

Her hard-headed attitude may not have won her great riches and she sometimes makes challenging demands on even her most devoted followers, but it gives her a unique aura. Richard Thompson and Elvis Costello are among those who’ve written songs specifically for her, and marginalising her in the ‘folk’ category seems woefully limiting.

Given her first album came out in 1976 she probably qualifies for veteran status, but there’s nothing tired or worn about this quietly dramatic, charismatic album. Constructed thematically around songs of the sea, Tabor tackles reflective themes of disaster, alienation and conflict with the dexterity of a skilled surgeon. She has a delicate way of cutting away the surface of songs to reveal hidden layers of sub-plot, so that material as familiar as Cyril Tawney’s The Oggie Man and Elvis Costello’s Shipbuilding sound like they’re being performed for the very first time.

She’s helped enormously by the empathy of her regular musicians – Huw Warren (piano), Mark Emerson (viola, violin), Tim Harries (double bass) and Andy Cutting (diatonic accordion) – who add plenty without ever intruding. Warren’s tense accompaniment adds enormously to the simmering power of the 11-minute emigration epic Across the Wide Ocean. Yet when Tabor sings unaccompanied on the great Scottish street ballad The Bleacher Lassie of Kelvinhaugh, the impact is remarkable. Few, too, would dare the spoken-word interlude with which she delivers the tragic denouement of The Great Selkie of Sule Skerry.

There are two French language songs from the Channel Islands, offering widely divergent moods, while Tabor also revisits a couple of tracks previously recorded in radically different forms – evocative opening track Finisterre from her Oysterband collaboration Freedom & Rain (1990), and the melancholy Grey Funnel Line, a celebrated track she previously sang with Maddy Prior on the 1976 Silly Sisters album.

It’s not an album for those with short attention spans but, in a world of lightweights, Tabor’s a colossus and this is one of her finest hours. 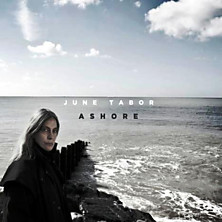