Setting sail from Southampton with a head stuffed full of American dreams may seem a treacherous endeavour – most famously, it’s the same city which waved the Titanic off on its maiden voyage across the pond – but natives Band of Skulls were never likely to sink in similar fashion. Their 2009 debut Baby Darling Doll Face Honey seemed far more suited to the down and dirty vibe of the Midwest than the south of England; a slab of whiskey-soaked rock‘n’roll resplendent with iron-girded riffs and sweetly sexy melodies. Coming off like a more primordial version of The Black Keys or The Kills, it would have taken one behemoth of an iceberg to curtail them.

Unsurprisingly, they’ve plumped for some big old heaps of bombast on Sweet Sour, too – a follow-up three years in the making and one that, according to its creators, was a mighty mess to pull together in the studio. If there were any unsightly frissons between the trio, though, they’ve been extremely well hidden: the garage-indebted death-rattle of the title-track is supremely slick, its squalling wail of guitar consummately polished and buffered. Wanderluster, too, is a slinky, snaking number that gives the raw power of their debut a glossy overhaul, but without extinguishing the white-hot groove that chugs beneath the fuzz.

But while Band of Skulls tick all the right boxes, it’s the lack of unpredictability and friction that often serves as Sweet Sour’s undoing. All the fret-mastery of You Aren’t Pretty but You Got It Going On, for example, can’t stop its riff-heavy body from becoming flabby rock-by-numbers. For all the nods to Jack White – particularly his days in The Raconteurs and The Dead Weather – there’s little in the way of his phosphorus-like flashes of inspiration, and The Devil Takes Care of His Own isn’t the only track to gamely replicate a grizzled blues rock sound, but without offering a fresh twist on old ideas.

Tellingly, it’s the more restrained moments of Sweet Sour – such as the smoky, dreamy hue of Lay My Head Down and slow-burning beauty of Navigate – which sees Band of Skulls flourish most effectively. For now, they still have enough primitive power to brush past any road blocks, but they could do with tweaking their formula somewhat if they don’t want to run out of gas. 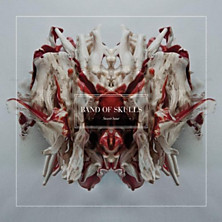