Tom Jenkinson made his name in the 90s as the kind of musician that’d give Vince Noir nightmares, melding virtuosic, hyper-asphyxiating D’n’B breaks with post-bebop and progressive funk tropes. Mixing coffee-table smarts with the kind of schizoid fare that wound up soundtracking serial killers’ innermost thoughts in Hollywood slasher flicks of the era, his output under the Squarepusher pseudonym was decidedly not for everyone, but it was at least unique.

Shobaleader One: d’Demonstrator follows on from 2008’s Just a Souvenir, a record taking cues from a dream of Jenkinson’s in which he witnessed a gig performed by a band in front of a giant, glowing coat hanger. Souvenir was ‘Pusher’s solo attempt to recreate the sound of that band, but with Shobaleader he goes the whole hog and cranks out a record with a living, breathing musical ensemble – albeit one whose existence is immediately called into doubt by Jenkinson’s refusal to name names.

Musically we’re being treated to a hefty dose of the electro-funk fascination that spotted Souvenir here, but with the beats slowed down in the main to a G-funk crawl. Plug Me In is an effective opener in just that vein, laying heavily treated, Daft Punk vocals over a velvet RnB backing. It might just be the first Squarepusher track you’d consider having sex to, or at least be able to have sex to without risk of dislocating your downstairs area.

Treated vocals are used to even weirder, noxious effect on Laser Rock’s sci-fi crunk tip, while Into the Blue and Frisco Wave do airy sounds we’d be tempted to call chillwave if it wouldn’t be slightly fatuous to slap such labels on a musician with well over a decade’s worth of career in the rear view mirror. Emotionally it’s a bit blank, though. Better are Abstract Lover, which comes over like Kraftwerk getting busy with Dre on some schmoozing Cali-funk joint, and Endless Night, which even wheels out the dreaded slap bass without curling toes especially.

Bad things happen when Jenkinson beats us with his ‘muso with a zany sense of humour’ stick, as with Megazine’s block-headed electro wheeze, or the truly regrettable Maximum Planck, which dips a turgid toe in the waters of fuzz-metal. But that’s what you get with Jenkinson, real band or no, and while fans of rebooted electro-boogie are probably better off seeking out Dâm-Funk’s excellent Toeachizown from last year, Shobaleader certainly has its endearingly eccentric moments. 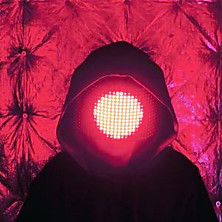