Veteran musical pioneer teams up with “thinker and writer”.

It’s hard to know what’s more surprising: the fact a man approaching his mid-60s continues to release groundbreaking music in such quantities that this is his second album in less than a year, or the fact that this latest, a collaboration with poet Rick Holland, is arguably as exciting as anything he’s done for a while. It’s up against stiff competition, too: his last, 2010’s Small Craft on a Milk Sea – his debut for the dependable Warp Records – proved he remains as relevant as ever, and it was preceded two years earlier by a welcome reunion with David Byrne for Everything That Happens Will Happen Today.

Those familiar with the multiple musical identities adopted by the long-term musician, producer, artist and theorist will find plentiful reasons to welcome this sudden rush of productivity. It’s almost as though he’s been biting his tongue whilst on production duties for the commercial likes of Coldplay and U2, saving more radical ideas for himself but integrating them into the kind of structures that first earned him plaudits. Rick Holland, too, must be delighted that the musical experiments they began in 2003 have finally come to fruition: there can be few greater endorsements than to have one’s words showcased amidst the lavish soundscapes Eno has constructed here.

So Drums… operates within the realms of electronica, ambience and spoken word, full of the kind of subtle studio trickery that has made Eno such an intriguing personality. Sounds Alien, for instance, is full of rattling percussion, thunderous bass and an adrenalized delivery of Holland’s words by Aylie Cooke interrupted by a triumphant synth line seemingly stolen from an 80s pop hit, while Glitch frames a computerised voice amidst rhythmic tapping and shimmering keyboards that burst open into what sounds like a bank of scratched and stuttering CDs. Both, it has to be said, are not a million miles away from Underworld, with whom Eno has also recently collaborated; but both remain uniquely Eno-esque.

Meanwhile Dreambirds, The Real and – inevitably, given its title – As If Your Eyes Were Partly Closed as If You Honed the Swirl Within Them and Offered Me… The World – are amongst those that could nestle amongst the best of Eno’s ambient work, the minimalist compositions full of familiar sonics but still as comforting as ever. Amongst these lie gratifyingly tense tracks like The Airman, with its dense layer of synthetic textures; the sluggish A Title, its rhythm track slowed down to a crawl; and Bless This Space, where Eno’s grave intonation, lush instrumentation and menacing drums recall the more cinematic experiments of Switzerland’s groundbreaking Yello.

It is, frankly, classic Eno. Holland too emerges from it well, though his contributions tend to be less immediate. But with phrases like "People the sky with your wan strokes" slowly emerging from the surroundings, this just means the album is even more likely to endure. 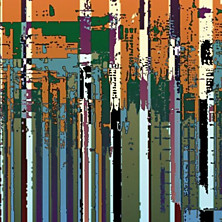