The later years of the last millennium witnessed the conquest of the bedroom producer; subsequently, it’s now commonplace for dance music to be made by a self-taught individual, with only the necessity of a laptop. So when news arrives of an "acoustic techno" band comprising of three classically trained musicians, making minimal tech and deep house with real instruments, it's time to sit up and listen.

Brandt Brauer Frick are not the German rivals of Mad Men ad agency Sterling Cooper Draper Pryce, but rather a trio who combine traditional musicianship with 21st century aesthetics to make industrial, dancefloor music. This, their debut album, inverts the rules of their chosen genre. While tackling techno via more classical means is not an unprecedented move – both Jeff Mills and Carl Craig have seen their music adapted for orchestras – BBF actually compose their pieces with pianos, drums, glockenspiels and even a rainstick. Apart from a few analogue synths, the entire album consists of organic sounds – even the bass drum is authentic. The results are like a Venn diagram of Steve Reich and jazzy Detroit house producer Theo Parrish; BBF sit in the middle, astride their prepared piano.

If this all sounds ambitious, it is. But a surface-skimming listen proves they’ve achieved a successful synergy. Bop opens with a dramatic escalation of percussive layers whilst keys cascade and that rainstick does its thing. But just like club anthems, these layers are stripped back and rebuilt into head-nodding climaxes. The infectious house loops of R.W. John and the jazzy, throbbing bass of Mi Corazon further the raw, textured intensity of the album. Unlike the minimal astringency of Richie Hawtin or Marco Carola, there is a warmth and depth in the bleeding resonance of the bass drum and the unique and awkward notes of un-tuned keys.

But if BBF aim to make club music, Heart of Stone and the title-track stray from four-to-the-floor ethos into experimental composition. Not necessarily a bad thing. But while these tracks are not unlikeable, they’re more likely to appeal to a John Cage fan, leaving dance-heads out in the cold.

The dynamics of this music is justly conveyed via speakers and headphones, but it does feel like there is a missing link. A possible remedy could be watching their tunes built live or, even better, witnessing a performance by their 10-strong ensemble, with a violin, cello, harp, trombone, kitchen sink and so on – truly concert hall compositions for the clubbing generation. 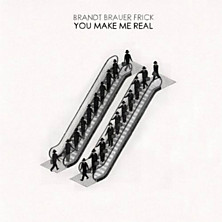