10 reasons why it's Frank Sinatra's world, we just live in it 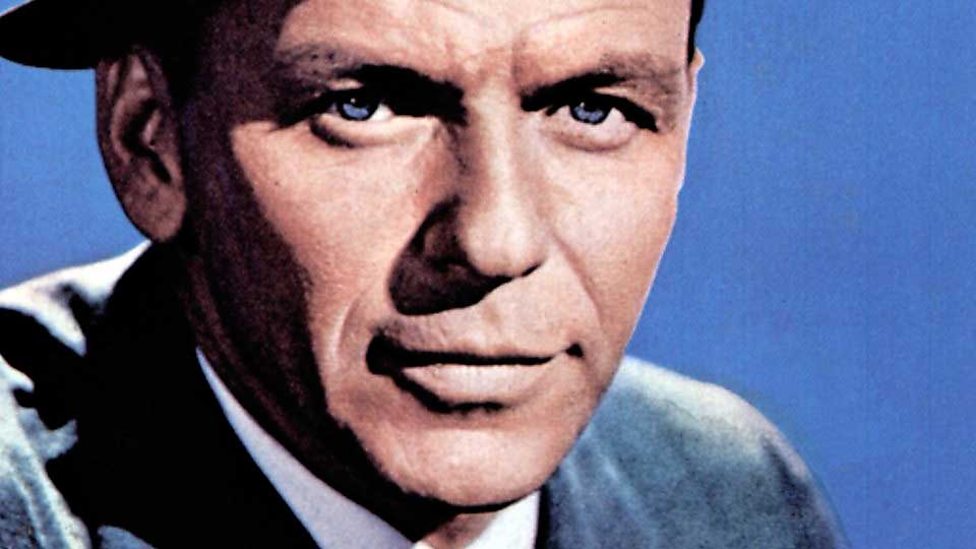 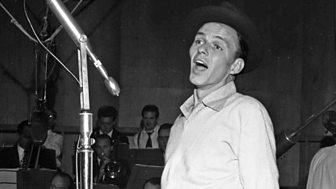 It was Frank Sinatra's drinking buddy Dean Martin who coined the phrase "it's Frank's world, we just live in it", a self-depreciating shrug that still nails the alpha-male status Sinatra has within the musical hierarchy. He wasn't just the Chairman of the Board, he was the first sharp-dressed street hustler heartthrob superstar in music. Everyone since - from Elvis Presley to NWA to Justin Bieber - has followed a trail he blazed.

So in tribute to one of the founding fathers of 20th century pop culture around what would have been his 100th birthday (and in the spirit of BBC Radio 2's Sinatra Centenary Season), here are 10 things Frank did first... or best:

1. He was the original pop star 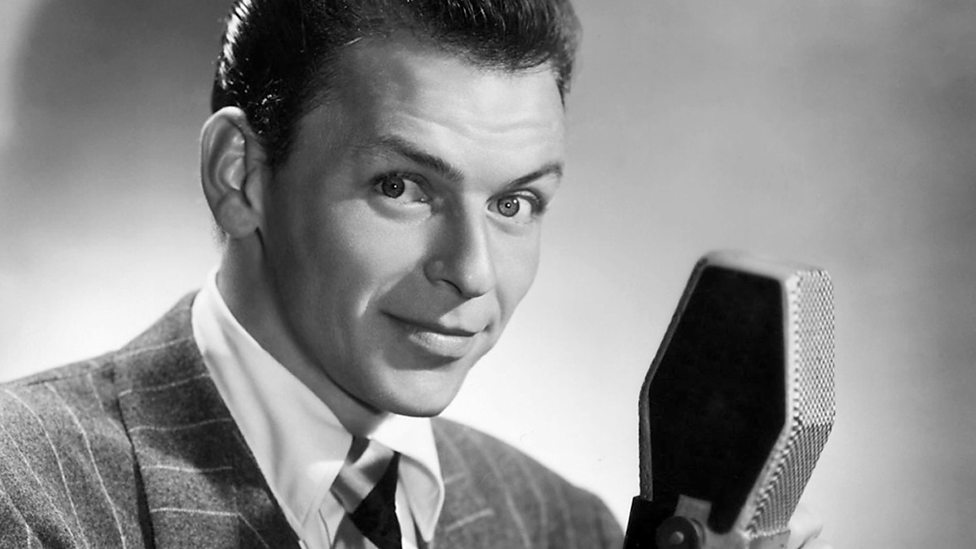 There had been a couple of musical heartthrobs before Frank - Franz Liszt, Rudy Vallée - but the purchasing power and intense devotion of young American women, known at the time as "bobby soxers" due to a fashion for short socks, was what drove his early success. No teenage girls, no Frank Sinatra. Overnight, Bing Crosby - the most popular singer in America - suddenly looked a bit fusty and safe by comparison.

2. He invented the concept album 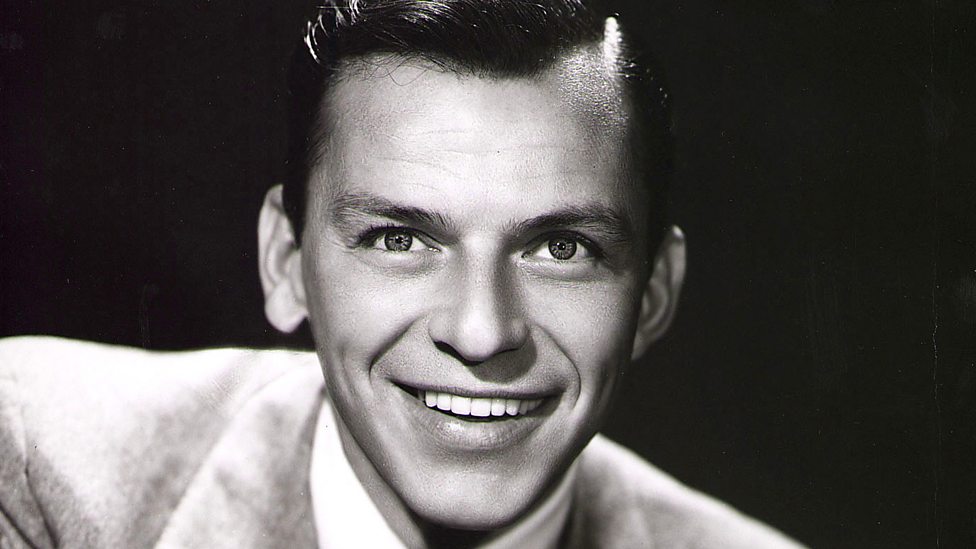 Thanks to his intense commercial appeal, Frank's first album, The Voice of Frank Sinatra, was a boxed set of 78rpm discs, containing eight songs pining for lost love. Despite the lavish packaging, it went on to sell in huge quantities, and soon afterwards became one of the first long-playing albums, on 10" vinyl.

After a fallow period in which his career appeared to stall, the ideas for themed albums came thick and fast, such as Only the Lonely, Sinatra Sings Great Songs from Great Britain and The Wee Small Hours.

When examining the songs played during this year's Frank Sinatra prom, David Owen Norris points out that these are tunes that were designed for dancing - fast or slow - and have little melodic motifs that refer to this embedded within the song. Although a little more subtly done, this is an early example of how dance tracks refer to losing inhibitions on the dance floor, and club bangers have to refer to being in the club.

4. He wore his heart on his sleeve 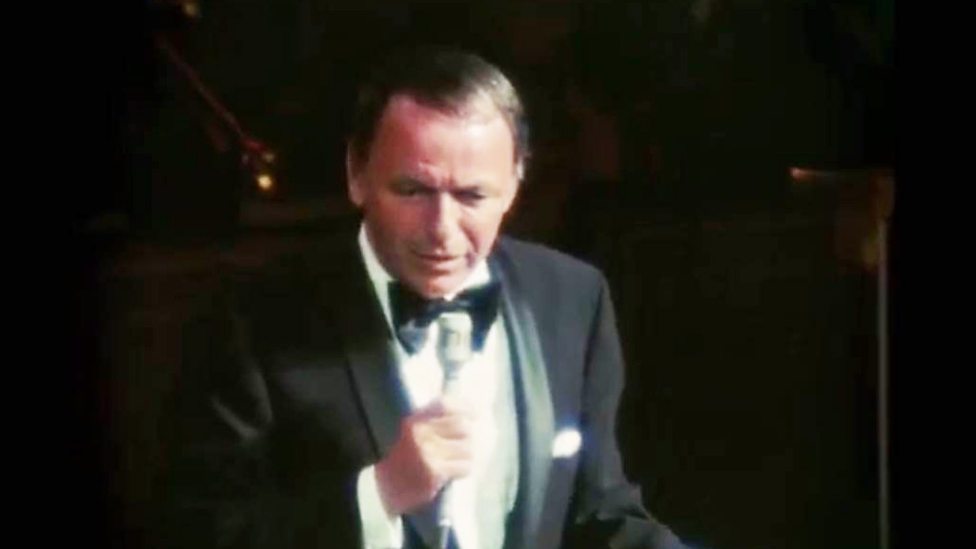 This clip, in which a faulty microphone at the tail end of Sinatra's career robs him of a grand finale, says a lot about his relationship with his audience. Rather than storm off, or angrily demand another mic from a lackey (both of which he was perfectly capable of), he just projects his voice into the room, trusting that his people knew he was doing his best under trying circumstances. 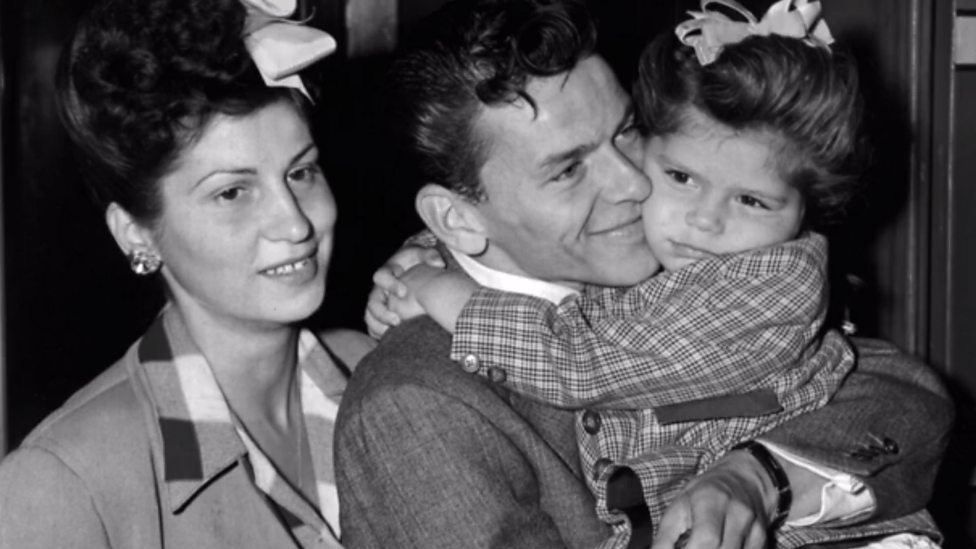 Having come from an intense community of Italian Americans in Hoboken, where the local big shots threw their money around like confetti, Frank was always extremely generous. As his first wife Nancy confirms in this clip, he would think nothing of handing out gold cigarette lighters to friends and colleagues, and diamond bracelets to female friends, often expecting nothing but respect in return.

It's a sad fact of showbusiness that the more popular an artist is, the greater the chance that their home life is a bit of a mess. With four marriages and at least six relationships between that were heavily discussed in the press, Frank's married life was often troubled.

In fact, in this interview with the BBC's David Allen, his son Frank Jr. admits that his father's guiding hand was not a constant in his early life: "The best time that I was able to spend time with Frank Sinatra... was in that period between 1988 and 1995 - the last seven years when he was giving concerts - when I joined his staff as musical director."

You'd think a song as well-covered as My Way could escape Sinatra's shadow, but it is as closely associated with Frank as Imagine is with John Lennon. And in both cases it's because these are songs that describe what we'd like to think goes on inside the heads of the singers. Lennon is conceptualising a future utopia, and Frank is proudly setting out how his life has been lived according to the principles of respect, honour and integrity, despite a few hiccups (along the highway).

As Alexander Armstrong proved in Frank Sinatra: Our Way, it is far easier to get Frank's iconic look than it is to truly nail his sound. A well-cut and pressed dinner suit, a bow tie and some immaculately shined shoes is half the battle, the rest is all in the facial expression. The classic Frank face is one of relaxed glee - eyebrows up, a looseness to the neck and a cocky grin. The voice is much harder to nail.

9. His music is always ripe for rediscovery

Can you imagine Family Guy or American Dad without the sound of big band swing? No theme tunes, no show-stopping numbers, and they're all voiced by Sinatra fan and show creator Seth MacFarlane, who even had his own "...sings Sinatra" night at this year's BBC Proms (as discussed about three minutes into this Steve Wright interview). Family Guy even brought in Frank Sinatra Jr. as a musical guest. Those songs are MacFarlane's secret weapons, adding a touch of class to offset (or underline) the jokes.

10. He inspires intense devotion across generations

Pat and Greg Kane from Hue and Cry recently explained that they were introduced to the music of Frank Sinatra by their dad, soothing their sons to sleep with a few bars. People take him into their hearts and into their homes, and that's partly because of the intense complexities of the man and his music, as Pat explains: "When you grapple with Sinatra... we're grappling with one of the great, somewhat dangerous, somewhat beautiful artists of the 20th century."