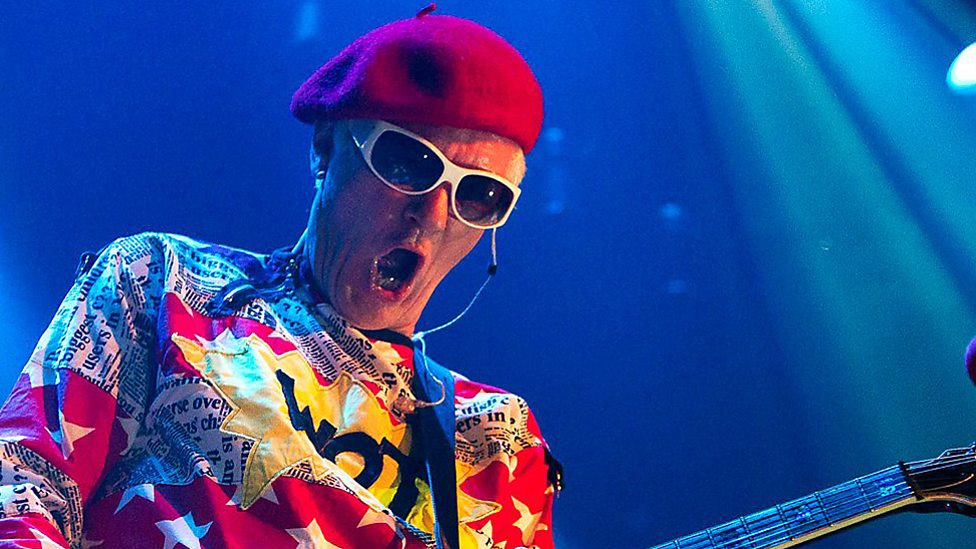 What is a cult album? Many different things - an undiscovered gem, a one-off peculiarity, a record that tanked commercially then became exalted, an established artist taking a left turn into weird town... all those, and others besides.

Below are just eight BBC broadcasts about albums you might loosely define as cult. Some were successes, some weren't, but they all have one specific thing in common - an extraordinary backstory.

Over the decades, plenty of poets have released readings on what they'd probably call gramophone records, but Betjeman's Banana Blush is something quite different - an eccentric and very wonky pop album by the then-Poet Laureate. In this fascinating Radio 4 documentary, Jarvis Cocker explains how the record came to be, and how it won unlikely fans, including Suggs from Madness.

Sometimes an album can define the spirit of its age like no other artform, and that's exactly what Linton Kwesi Johnson's debut, Dread Beat an' Blood, did in 1978. "It was an attempt to capture the anger and the hope of that particular generation to which I belonged - around the time when Mrs Thatcher was making her bid for power," Linton explains here, and he did so by combining poetry and dub in a kind of update of what Jamaican reggae toasters had done before him. First broadcast in 2008, the Benjamin Zephaniah-presented documentary also asks: how much has changed since 1978?

Predictably amusing scenes in this clip as The Who's Keith Moon tells The Old Grey Whistle Test's Bob Harris about his only solo album, Two Sides Of The Moon, which became notable not because of its great quality but for whom it had on it - Ringo Starr, Harry Nilsson, David Bowie, Spencer Davis and Dick Dale, among others. Even John Lennon gave Keith a song to record, Move Over Ms L.

Last August, Steve Lamacq picked The Damned's third album for his 6 Music series Classic Album of the Day and not their better-known debut, Damned Damned Damned. That in itself tells you much about how the stature of Machine Gun Etiquette has grown over the years. Steve spoke to Damned co-founder Captain Sensible about his love of both noise and melody, and how the group managed to thrive without Brian James, who wrote their first two albums.

5. Dr Feelgood, Down By The Jetty

It's not too much of a stretch to say that that there wouldn't have been an explosion of punk groups like The Damned if it hadn't been for Dr Feelgood, who brought British rock'n'roll back to earth after the prog bands had taken it off into a distant galaxy of self-importance. As part of Radio 4's Mastertapes series, Feelgood guitarist and songwriter Wilko Johnson tells John Wilson about their landmark debut, Down By The Jetty. [Bonus: watch the ace Julien Temple film, The Ecstasy of Wilko Johnson, on iPlayer now.]

As Paul Gambaccini explains in this episode from his award-winning series on live albums, For One Night Only, Bob Newhart went from "zero to hero; from a comedian who had never performed stand-up to a star with a No.1 album in less than six months". It's one hell of a story, about an accountant-turned-funnyman who knocked dead a small crowd in Texas one evening in 1960 and still has the highest-selling spoken word album of all time. It's both a cult album, and an album that created a cult.

Music critic Pete Paphides speaks to Dexys Midnight Runners about Don't Stand Me Down, their follow-up to 1982's Too-Rye-Ay, which featured Come On Eileen, the song that made the group accidental global popstars. More ambitious than anything Dexys had attempted before, Don't Stand Me Down flopped critically and commercially - possibly because band leader Kevin Rowland refused to release a single from it - but is now thought to be a lost masterpiece. Creation Records re-released it in 1997.

Can the most successful musician in history rightly be thought to have released a cult album? Of course: Paul McCartney's three albums with Killing Joke's Youth (as The Fireman) are very cult, as is 1997's Standing Stones, Macca's second foray into classical music (after 1991's Liverpool Oratorio). In 1997, he told Radio 4 about his ambitious 70-minute tone poem and how music is just music, regardless of genre.