Love them or hate them? Are these the most polarising bands? 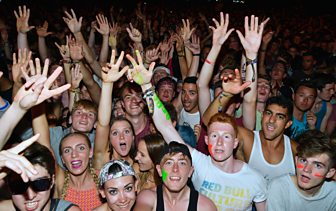 There's barely been a band in pop music history that hasn't split opinion on its way to the top. Sometimes, it's a rivalry that causes fans to pick a side (The Beatles v. The Stones; Oasis v. Blur); other times, a group might not find favour with critics, but achieve success off the back of pure people power.

This year's Reading + Leeds features at least four bands high on the bill that, over the years, have been highly polarising. Let's have a look at them first, then two others that will forever divide the masses...

The best band of the past 10 years
Bono

When The Courteeners formed in 2006, Oasis were nearing the end of their time as a band, and The Libertines and Arctic Monkeys were the biggest talking points in indie and rock music. A Mancunian group with a self-confessed "gobby" frontman in Liam Fray, they were immediately called "the new Oasis", winning them fans and detractors. "The best band of the past 10 years," said U2's Bono after their debut album, St. Jude, was released in 2008. And Morrissey loved them too, saying, "They actually do have very good, strong songs."

The Guardian, however, gave St. Jude one star (out of five) and were only marginally more impressed by second album Falcon, which they awarded two stars. Unperturbed, The Courteeners keep rocking, building up a huge fan base. This year they played shows celebrating 10 years of St. Jude, and they're second on the bill of the main stage at Reading + Leeds (under Kings of Leon).

"We were written off as gobs***** and didn't think we'd be here, so sod it," Fray told NME last December. "It's a testament to the fan base, really."

The best band of the past 10 years
Bono

The Wombats haven't half made themselves easy targets
The Guardian

Liverpool's The Wombats don't sound anything like The Courteeners, but their career trajectory has been similar, and they're also used to taking a pasting in the pages of the Guardian. In a review of their 2015 third album, Glitterbug, critic Michael Hann wrote: "The Wombats haven't half made themselves easy targets, what with the not-terribly-funny funny songs of their 2007 debut album - a record so dated you might expect second-rate stand-ups to do observational routines about it: 'Remember Let's Dance to Joy Division? Eh? What was all that about?' - and the attempt to go slinky and sleek on its followup."

Ouch. About their early days, singer Murph told NME in 2015: "It was pretty disparaging to be lumped in with that 'landfill indie' thing, being surrounded by other bands in company that I wasn't really too happy being surrounded by, or that I thought we were better than. I think a few people went quite sour towards the band at the end of that first album."

So, they evolved, became more of a pop than rock band and found new audiences. You might not see them being covered in the trendy music press these days, but you will see them in the charts. Recent album, Beautiful People Will Ruin Your Life, was a No.3 hit. They're also playing the main stage at Reading + Leeds, along with...

The Wombats haven't half made themselves easy targets
The Guardian

We're just being The Kooks. Not trying to be someone else
Luke Pritchard

"They're back, that much maligned band from Brighton," wrote the Scotsman in 2008, as they released their second album, Konk. "Mocked by their peers for being graduates from Croydon's BRIT School, and accused of being too poppy by the music press, it seems they can't please everyone."

In a business that - at the time, especially - valued authenticity, original drummer Paul Garred saying things like, "We had a vision on how we wanted the band to look and stuff - so we bought some clothes and these hats, it was fun," got up people's noses. But, as the Scotsman added: "The fans are not complaining. Record sales speak for themselves and The Kooks' debut album sold two million, while its follow-up is a new entry this week atop the UK album charts."

"We're just definitely being The Kooks," singer Luke Pritchard told Billboard in May. "Not trying to be someone else." And you can't fault them for that - it's given them a far longer career than most of the groups that started out in the mid-2000s.

We're just being The Kooks. Not trying to be someone else
Luke Pritchard 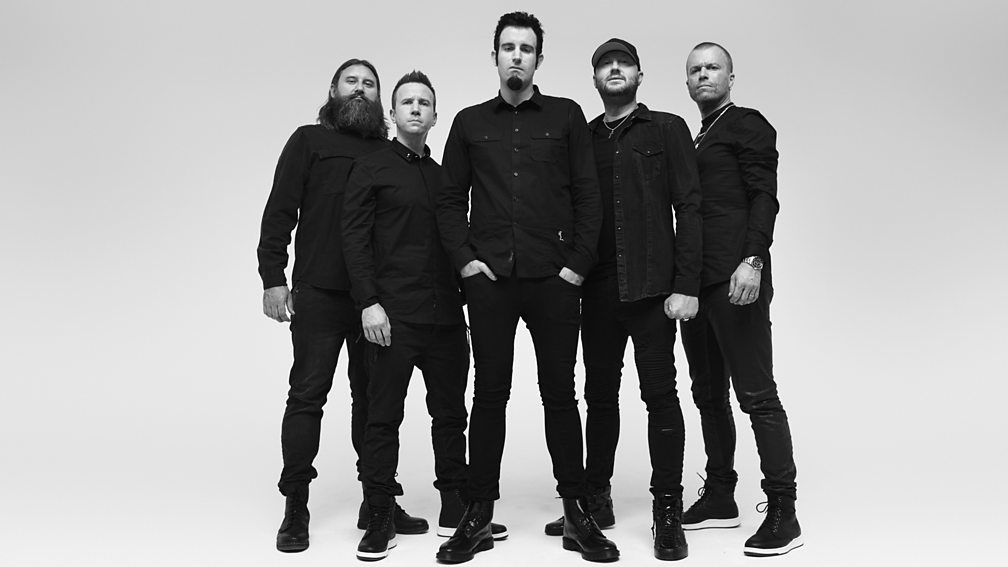 It's not just the rock press and broadsheets that can get snotty about music. Dance music site Resident Advisor sharpened its pencil before reviewing Pendulum's 2008 second album, In Silico, awarding it one out of five and saying: "Ever since their 2005 debut album Hold Your Colour became one of the biggest-selling electronic albums of all time, drum 'n' bass trio Pendulum ticked off pretty much every rock band cliché for prepping their follow up," adding: "They've cashed out their unique 'arena DnB' sound to become Electronica-Infused Nu-Metal Band No.153B for their latest album." And they also found an adversary in drum 'n' bass pioneer Goldie, who called Granite from In Silico a "s*** single" and accused the Aussie group of not acknowledging dance music history.

In Silico duly shot up to No.2 in the UK album chart (Hold Your Colour only made it to No.29), and they had a No.1 with 2010's Immersion, a platinum-seller. They became a huge live draw, telling the Guardian: "I think it's the fact that we've taken great care trying to perfect the sound. Also, it's a bit of a cliché, but the other half of it is the whole sensory overload thing. At these shows there's 14-year-old kids, and I can't imagine they've been to that many gigs before. And if this is their first gig..."

Pendulum took a hiatus in 2012, then returned in 2016. They're headlining the Radio 1 stage at Reading + Leeds and there could be new music soon: "I am so f****** bored of EDM and lit drops and Serum patches and fEsTiVaL bAsS," tweeted the group's Rob Swire in 2017. "I'm gonna make a new Pendulum album."

The people who don't want the free U2 download are saying, 'Don't try to force me'
Iggy Pop

U2 got an acute sense of just how much they split opinion when they decided to give away their 2014 album, Songs of Innocence, to the 500m users of Apple's iTunes in the form of a free automatic download.

The response was brutal. "Apple's Devious U2 Album Giveaway Is Even Worse Than Spam," ran a headline in Wired, and in their story they called the publicity stunt "a monumental blunder". Iggy Pop said: "The people who don't want the free U2 download are trying to say, 'Don't try to force me,' and they've got a point," he said. "Part of the process when you buy something from an artist, it's kind of an anointing, you are giving that person love."

According to Apple, only 33 million people accessed the album in its first week of release, although that figure grew to 81m within a month. Still, that's less than 20 per cent of 500m, suggesting that, despite the good intentions of the band, many music fans just aren't that interested in hearing U2, even for free.

The people who don't want the free U2 download are saying, 'Don't try to force me'
Iggy Pop

Liam Gallagher famously said of Coldplay in 2006: "Chris Martin looks like a geography teacher. What's all that with writing messages about Free Trade? If he wants to write things down I'll give him a pen and a pad of paper. Bunch of students."

Gallagher buried the hatchet and performed with Martin at last year's One Love Manchester concert ("You've got to put all that stuff aside when it comes down to these kind of things," he told the Herald Sun), but the ex-Oasis singer's original views of Coldplay are nonetheless shared by many. "Why is Coldplay so divisive?" asked Vogue ahead of the group's 2016 Super Bowl Halftime Show. At the same time, Noisey asked, "Why do we hate Coldplay?" while also acknowledging, of course, that millions upon millions of people don't - they love them.

The latter article concluded: "In the British vacuum of passive-aggressive public transport and mumbled apologies, Chris Martin's stomach-ribbing charisma on stage can be as nauseating as doing star jumps right after lunch, and it's not hard to see how the everlasting hate for Coldplay was born. But when we hate on them, are we just acknowledging that we want to experience more from life? Or are we negating the fact we feel these everyday - average, yet no less meaningful - emotions deep down, too? I think it's a bit of both."

And that's something for us all to stew upon.