The 10 biggest trolls in music 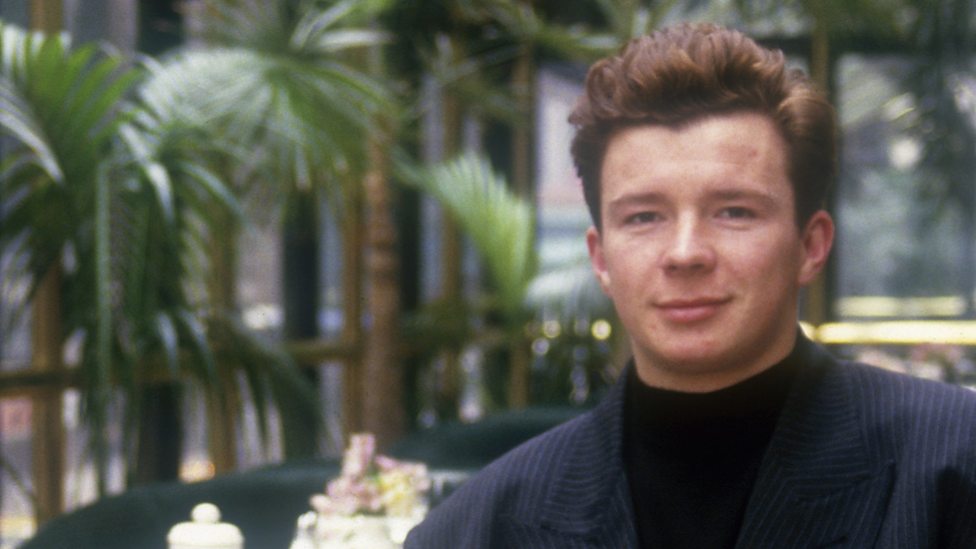 On 29 February, Bring Me The Horizon frontman Oli Sykes trolled his own fans, and Justin Bieber's, and Zayn Malik's. He tweeted a photoshopped image of a poster that made it seem like the British rock band were due to tour with the two pop stars and, as ever, it was surprising how many people fell for the simple gag.

It got us thinking: who in music are the best trolls? And by trolls we mean wind-up merchants, pranksters, trouble makers and, in some cases, anarchists. This is just our list of 10; tell us who you think we've forgotten to mention.

First up, how good is this clip of The White Stripes playing Fell In Love With a Girl on Later... with Jools Holland in 2001? In the same year, a certificate proving Jack and Meg White were once married emerged, rubbishing their claim to be brother and sister. Was their story a brilliant example of trolling the public? Jack created the lie, in his view, to encourage fans to focus on the music, but he's no fool. Mystery is at the heart of rock 'n' roll and the exact nature of his relationship with Meg caused extraordinary interest in the band in their early days. 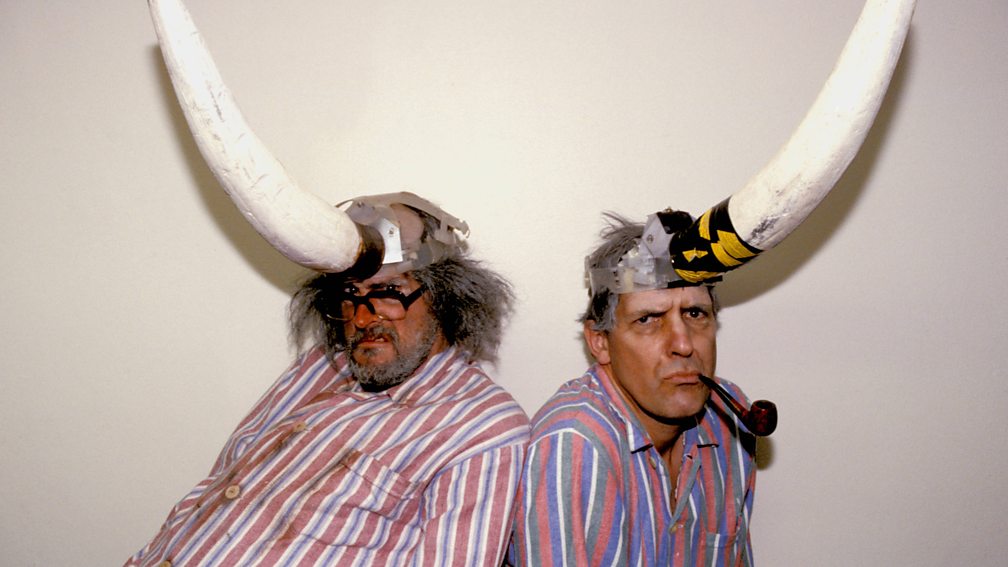 In our list of 10 things you probably didn't know about the Brits, we looked at how Bill Drummond and Jimmy Cauty's acid house group The KLF trolled the music industry and entire nation by opening the 1992 show with a metal version of their hit, 3am Eternal, which they performed with grindcore band Extreme Noise Terror, before leaving a dead sheep at the entrance to the after-party.

Soon after, the group deleted their back catalogue and set up the K Foundation, which trolled the art industry - creating works made of banknotes and burning a million quid. Their 1988 book on how to effectively blag your way to pop stardom, The Manual (How to Have a Number One the Easy Way), remains an influential read and Drummond in particular is still up to his tricks, creating his own colour of paint, International Grey, which he used to deface UKIP billboards before the 2014 European Parliament election. 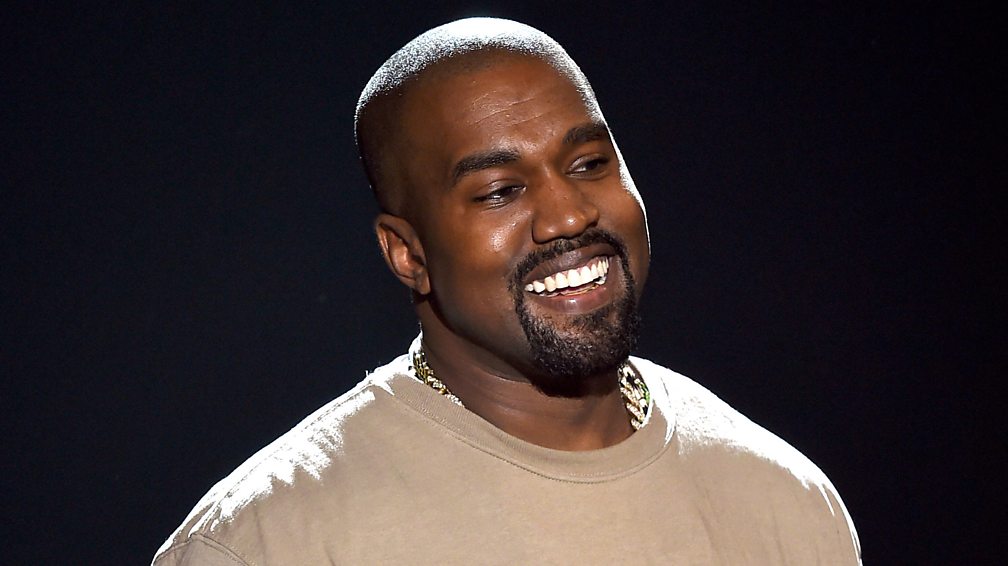 Who remembers that weird story about a Kanye track called Mama's Boyfriend from 2010? We first saw him performing it acappella, standing on a table in a video shot at Facebook HQ, of all places. A supposed finished version of the song emerged a year later on the blog for GOOD Music, Kanye's label. Everyone loved it, but it was revealed to be a fake, and the last we heard of the song was when its producer, Q-Tip, played about 90 seconds of it during a Red Bull Academy lecture in 2013.

A question emerged then that we're still wrestling with now: is Kanye a massive troll? As we found out, a psychologist has much to say about the Yeezus Twitter feed, but is he one step ahead of us all - continually changing the name of his latest album, for example, to create a tsunami of anticipation for its release? "I hate when I'm on a flight and I wake up with a water bottle next to me like oh great now I gotta be responsible for this water bottle," he once tweeted. He wasn't being serious. Was he?

In this terrific archive footage from 1984, Malcolm McLaren recalls his first introduction to hip hop - a music style he fell in love with and can be credited as bringing to a much wider audience in the UK with his 1983 album Duck Rock. Before that, this most intriguing music, fashion and art-world figure - a svengali, situationist, agent provocateur, marketeer and con man rolled into one - managed the New York Dolls and then the Sex Pistols.

By trolling the establishment, he took the latter to the top - and took all the credit - but the group were far more than just pawns in huge McLaren-engineered prank. In John Lydon, he met an intellectual equal, and Lydon got his revenge - taking McLaren to court in the 1980s to (successfully) win back the rights to their album, Never Mind the Bollocks, and also secure unpaid royalties. 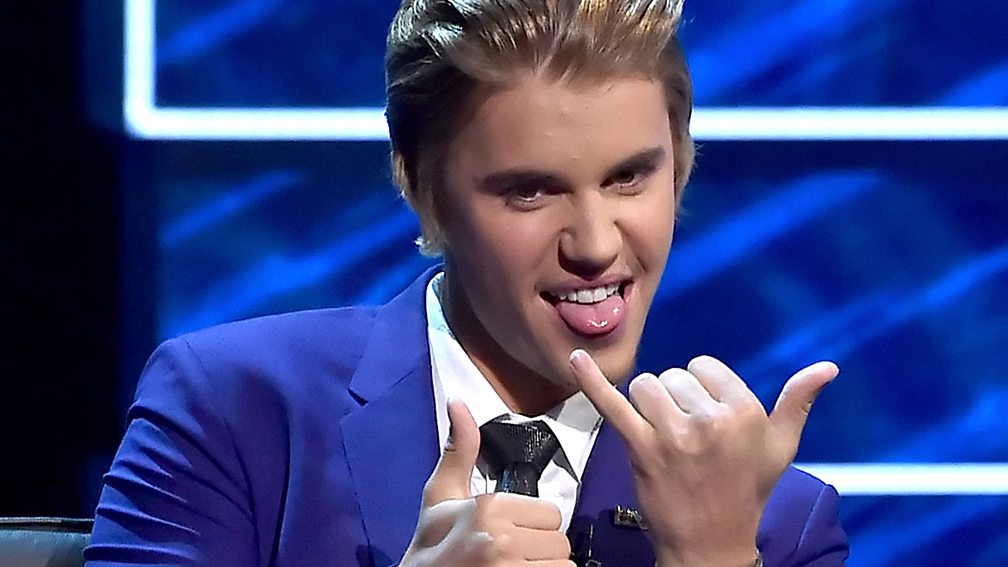 Justin Bieber gives as good as he gets when it comes to trolling. His pranking of Taylor Swift in 2013 for MTV's Punk'd was pretty spectacular, but perhaps his most inspired gag was stitching up an old adversary, US-based gossip site TMZ, on April Fool's Day three years ago. He had 37m followers on Twitter then, who he tweeted to say: "As promised taking all fan phone calls TODAY at (888) 847 9869. Talk to u soon!”

That's TMZ's tip line - the number you call if you have a story for the site. Not only did his fans jam the line, but the number was free to call, meaning Biebs left TMZ with a presumably giant phone bill to pay off the following month.

Trolling, this list proves, is a largely male pursuit, but Björk decided to get in on the act by telling visitors to her site on April Fool's Day 2009 that she was joining Led Zeppelin as their new singer. And she had conditions, namely that only songs from the group's first and fourth albums would be played.

Dig a bit deeper with Björk, though, and discover a more subtle troll with her 2011 album, Biophilia, a multi-media project examining the connections between nature, sound and technology. As NME wrote in a review of her next album, Vulnicura: "It became known as an 'app' album and it wasn’t a gimmick. It made a powerful (and fun) statement about how the 49-year-old’s home country, Iceland, could be run after the financial crisis, instantly making almost everyone else operating in the field of popular music seem a bit thick." 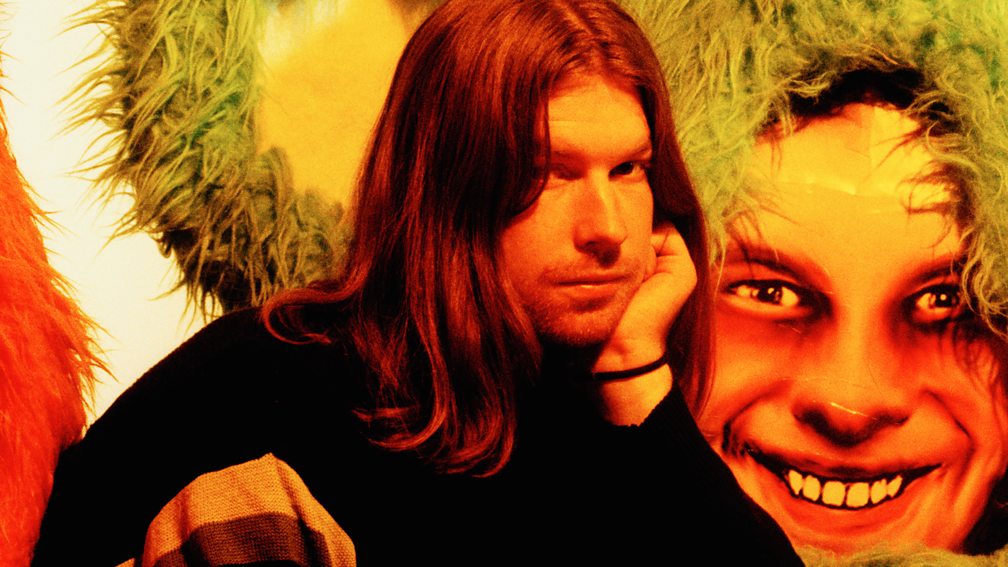 For an artist who is both mysterious, unpredictable and impossible to second guess, it's perhaps surprising that Aphex Twin has never been afraid of showing his face, especially on album covers, albeit usually in grotesque form. But Richard James always does what others don't, and having people know what he looks like could be seen as trolling electronic music, in which there's a long history of disguise, from Underground Resistance through to Daft Punk, Burial and SBTRKT.

As for other examples of trolling, where to start? Fact magazine tried to get to the bottom of the truths and fictions in a 2013 article, Funny Little Man (including the story about Aphex DJing with sandpaper in the 90s), and there's been much to chew over even since then, such as his press release for 2014 album Syro and the claim that new music posted on his Soundcloud was made by his son. Who was eight at the time. 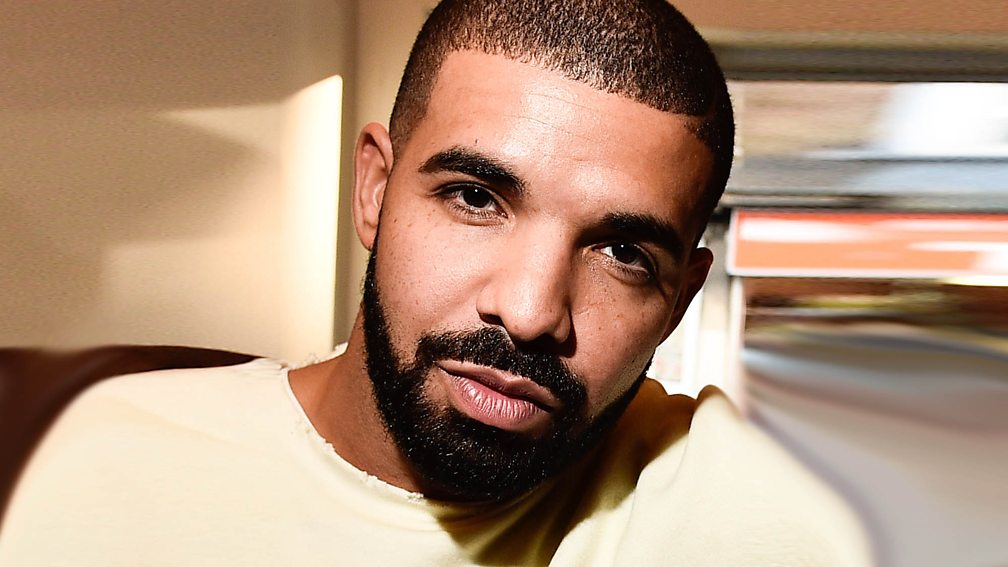 Canadian rapper/singer Drake found himself on the end of some pretty heavy trolling when the video for his track Hotline Bling became widely parodied last year, but, like Bieber, he gives as good as he gets - once heading out onto the streets in disguise to ask ordinary folk what they thought of, well, Drake.

And remember the time when he faked a marriage to Nicki Minaj? On 2010 track Miss Me, he rapped, "I love Nicki Minaj, I told her I'd admit it / I hope one day we get married just to say we f****** did it," then melted the internet in August that year when he tweeted: "Please refer to @nickiminaj as Mrs. Aubrey Drake Graham and don't stare at her too long. She's finally mine. :)."

The 'marriage' didn't last long. A day later, Nicki tweeted: "My husband Drake and I have decided to have our marriage annulled. We'll maintain joint custody." 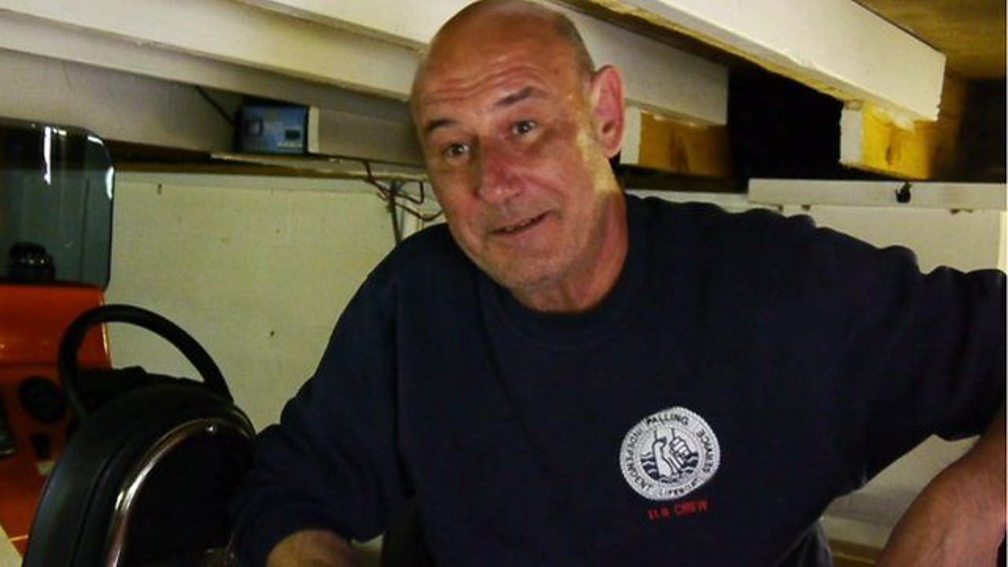 Crass singer Steve Ignorant, who now volunteers as a lifeboatman in Norfolk

Stick with this, because it's amazing. In the early 80s, anarcho-punk band Crass spliced together tape recordings of Eve Libertine, a Crass member, impersonating then-prime minister Margaret Thatcher with actual recordings of the voice of Ronald Reagan, the US president. In the fake telephone conversation, the leaders discuss highly classified information that Crass had obtained from a sailor about the sinking of the HMS Sheffield during the Falklands War, and also how Europe could become a "theatre of war" - nuclear war - in the US's then-conflict with the Soviet Union, which Reagan firmly believed.

Crass, who wanted to damage Thatcher in the run up to the 1983 election, posted 10 copies to major European newspapers. Nothing happened. Then, a year later, the United States Department of Defense released a statement suggesting that the Russian secret service, the KGB, were behind the hoax and intent upon escalating the tensions between the east and west. The tape was also formally discussed by Thatcher with her cabinet, but Crass were soon rumbled by an Observer journalist, who they struck a deal with. They'd admit to making the tape if he would publish the classified information they obtained about the Falklands War. He agreed.

Thatchergate, as it became known, was a superb hoax, and there's an equally brilliant coda to the story that's little-known. Soon after, the KGB got in touch with Crass in the guise of a Russian literary magazine claiming to be interested in their work. Crass suspected the KGB were trying to recruit them, so they stitched them up - by organising a meeting in London to which they also invited an American film crew from CBS news, who had requested an interview with the band.

As Crass member Penny Rimbaud told The Stool Pigeon music magazine in 2010: "They [CBS] march in and start setting up, and the KGB bloke doesn’t know what to do. He can’t tell 'em to f*** off. So we hyped up the temperature a bit by mentioning keywords like Belgrano and Thatcher, eventually gave each other a wink, got up and walked out, leaving the KGB to deal with CBS. And then we went down the pub." 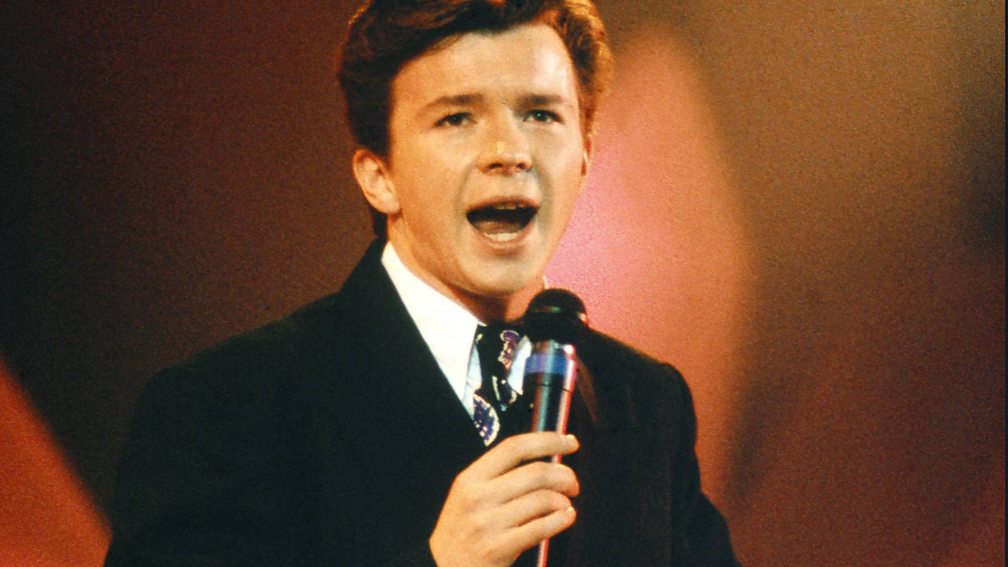 We'll leave you with a far simpler story. Rickrolling - trolling people into accidentally clicking on the music video for the 1987 Rick Astley song Never Gonna Give You Up - is perhaps the most famous internet meme of all. It made Rick unexpectedly extremely famous again (he recently announced a collaboration with Little Mix) and led to the British singer trolling the internet back in 2008. At the Macy's Thanksgiving Day Parade in New York, he performed a real-life rickroll when he unexpectedly emerged out of the back of a float and sang the song live. It was all very meta, and very funny.