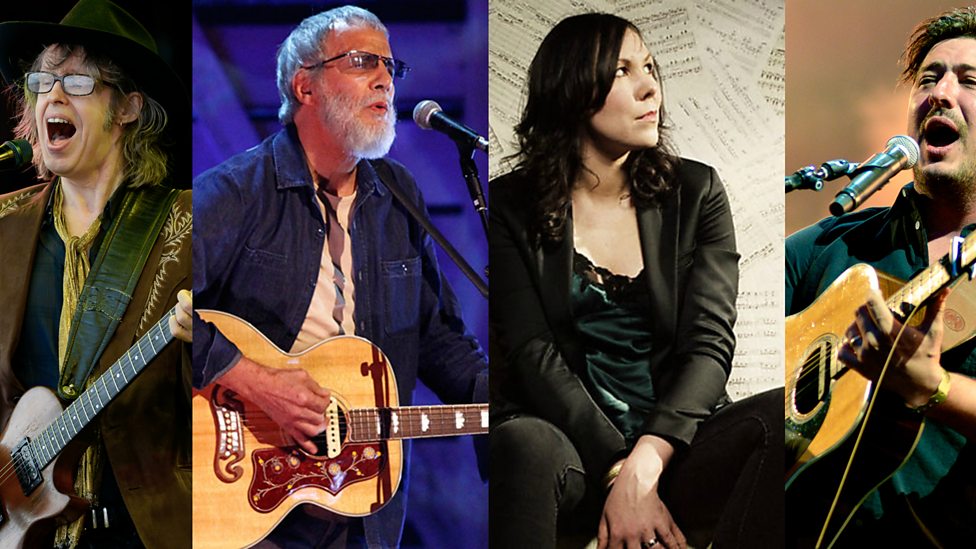 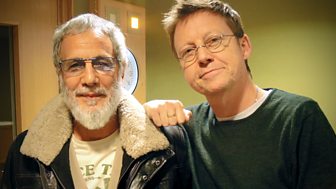 In the run up to the BBC Radio 2 Folk Awards taking place at the Royal Albert Hall, (watch and listen live 5 April, 7:30pm on Radio 2, BBC iPlayer the Red Button) Simon Mayo's Drivetime have been counting down the top 10 most played Folk tracks in heady anticipation of the folk-iest night of the year.

Roll Away Your Stone – Mumford & Sons

You can rip off Shakespeare all you like; no lawyer's going to call you up

Roll Away Your Stone, like a maths GCSE, shows its workings out and gets top marks doing so. Beginning with an instrumental version of Irish jig Merrily Kissed the Quaker and taking their lyrics straight from the bard, as Marcus notes; "you can rip off Shakespeare all you like; no lawyer's going to call you up on that one" - that's an A* right there, well so long as you footnote it.

You can rip off Shakespeare all you like; no lawyer's going to call you up 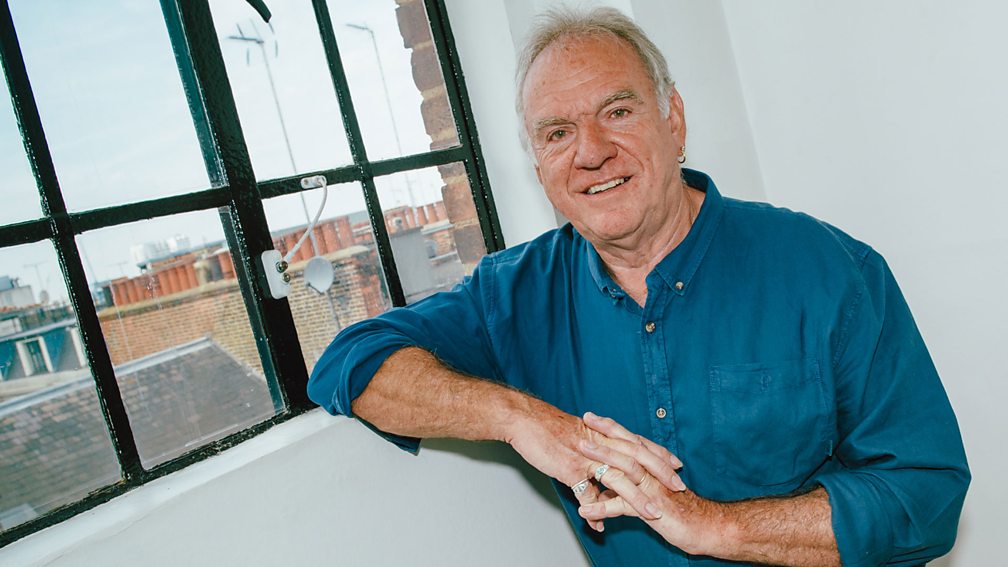 Bringing tears to eyes since 1969, Streets Of London, was a huge hit for Ralph McTell winning him an Ivor Novello Award in 1974. 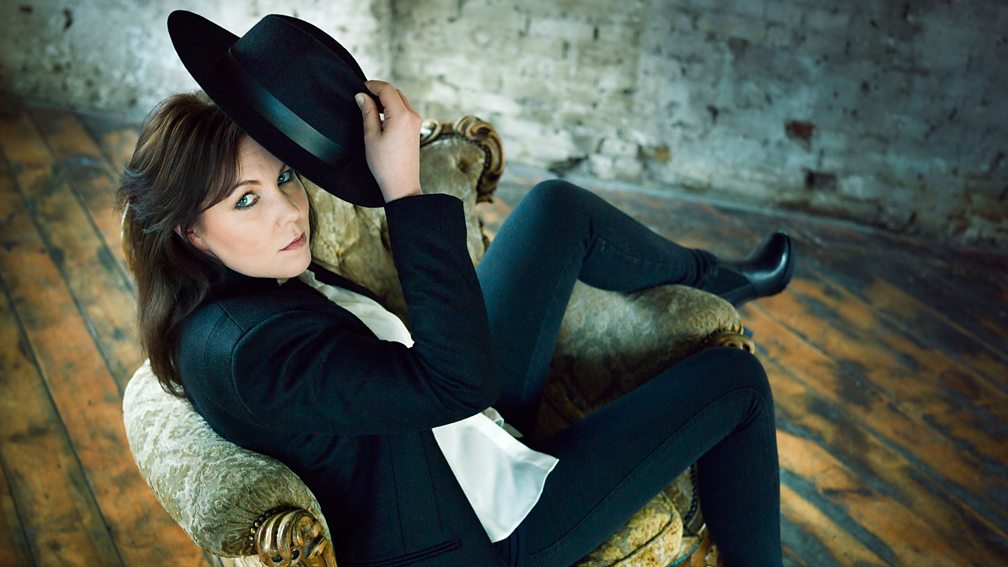 Continuing the urban theme is one of the most beautiful and unusual collaborations in pop music, because Thea Gilmore and Sandy Denny never even met. Thea Gilmore was born a year before Sandy Denny died and it was during the production of Thea Gilmore's album, Don't Stop Singing, that a bridge was built between these two incredible artists.

Scottish folk rockers The Waterboys are hardly boys when it comes to their folk credentials, in fact if Mother Earth had a record collection you'd find their whole back catalogue in there, probably.

There are more than 50 recorded covers of this song, and it’s been translated in French, Norwegian and Spanish as well as a punk and hip-hop version.

At number 6; Nick Drake's River Man featuring a 12 strong viola string section from his 1969 album Five Leaves Left. The album title referred to the warning found towards the end of a packet of Rizla cigarette papers that there were only five leaves left.

#5 Underneath The Stars – Kate Rusby 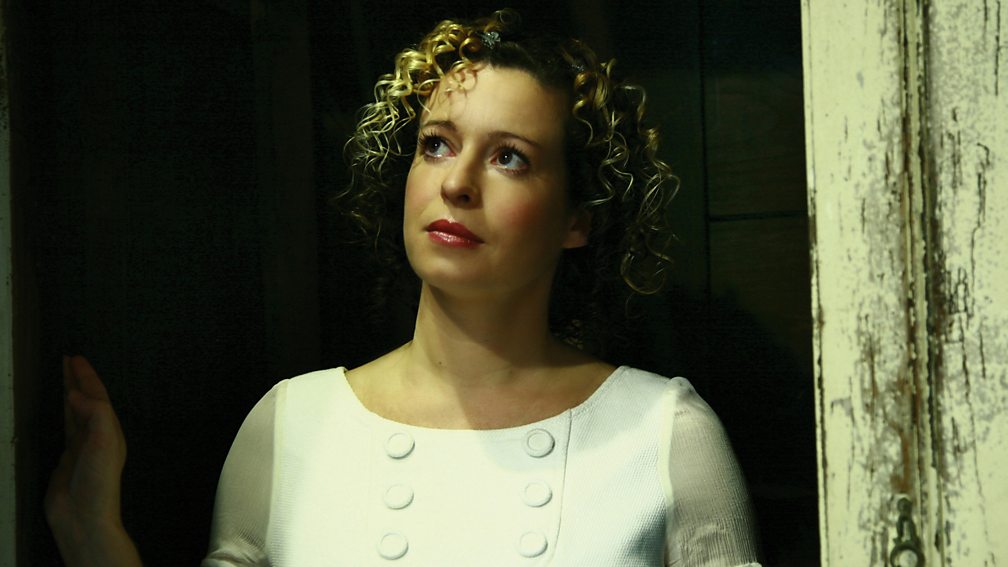 Radio 2 Folk Awards' veteran, Kate Rusby has picked up four awards including ‘Folk Singer of the Year’ and ‘Best Album’ in 2000, ‘Best Original Song’ for the track No Names in 2003 and ‘Best Live Act’ in 2006 with thirteen solo albums under her belt.

#4 Meet Me on the Corner – Lindisfarne 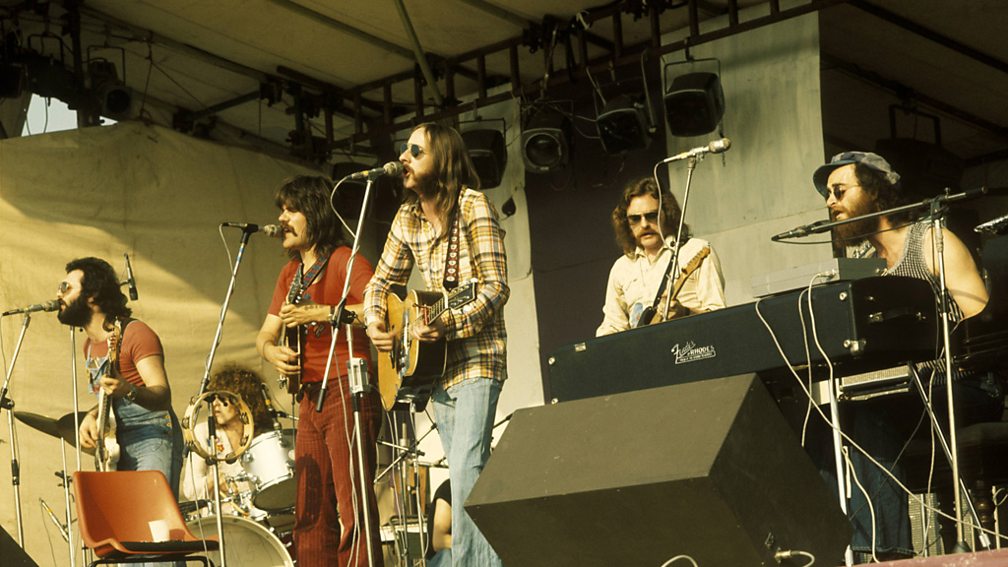 Taken from Lindisfarne’s second album Fog on the Tyne released in 1971, which went to #1 on the album charts for four weeks in 1972. Meet Me on the Corner was written by bassist Rod Clements and reached #5 in the UK when released as a single. Rod now fronts the group as the only original member and they’re still on tour across the UK in 2017, including two special Christmas shows in Newcastle City Hall in December.

#3 Roll The Woodpile Down – Bellowhead

Roll The Woodpile Down – Bellowhead

At number 3 taken from the group’s fourth album Broadside released in 2012, which won ‘Best Album’ at the Radio 2 Folk Awards in 2013. They have also won ‘Best Live Band’ at the awards on 5 separate occasions.

This was the first single from the band’s self-titled debut album in 2008, and was named by many critics as their album of the year. The recording you hear on the album was the first time the band had ever performed the track together live.

Lead singer Robin Pecknold says the song is “lyrically fairly meaningless” and it was initially intended to be the opening track on the album as they thought it would be a “nice start".

Of course, at number 1, it's the King of Folk, Cat Stevens (now known as Yusuf Islam).

From Cat Stevens’ fourth album Tea for the Tillerman recorded and released in 1970. It wasn’t released as a single in the UK, but it was in the US, reaching #11 on the Billboard chart. Jimmy Cliff released his recording of Wild World in 1970 as well – which was produced by Cat Stevens – and reached #8 in the UK. Maxi Priest reached #5 with his version in 1988.

In 2015 Yusuf and Loudon Wainwright III were both presented with lifetime achievement honours at the Folk Awards.

*And for the sticklers for the cold, hard facts the 'Most Played Folk Songs on Radio 2 chart' was compiled by PPL, based on airplay data reported to PPL by the BBC from 2000 to 2016. Both the number of plays and total played duration are used to rank the tracks in the charts.