6 emotional music videos that made the star cry

Tears aren't always a sign of self-pity. They can reflect anger, relief, fear and even happiness, and that's why they've been such a useful addition to the pop video director's arsenal of things singers can do on camera.

A few drops down the cheek can bring home the emotional intensity of a song in visual terms, in much the same way as a vocal sob or grain of hoarseness, or anything that suggests the performer is no longer in full control of their emotions and has had to surrender to the moment.

Here are a few key examples:

1. Sinead O'Connor - Nothing Compares 2 U

The original intention for this, the most iconic example of crying in a music video, was already pretty intense. Director John Maybury focused in on Sinéad O'Connor's face, intending to cut between her performance and some sombre shots in which she strolls mournfully around the Parc de Saint-Cloud in Paris. While singing the lyrics - which flit between anguish and devotion - she began to think about her mother Marie, someone with whom she had had a fractious relationship, and whom she would later accuse of abusing her violently as a child. Marie had died in a car crash when Sinead was 19.

As she reached the line, "All the flowers that you planted, Mama / In the backyard / All died when you went away," her face crumpled and two tears ran down her cheeks, at which point John Maybury realised he wouldn't need as many of those moody Paris shots after all. Sinéad later told Rolling Stone: "I didn't intend for that moment to happen, but when it did, I thought, 'I should let this happen.'"

2. Michael Jackson - She's Out of My Life

Years before Sinéad let her feelings flood out, another singer sat on a soundstage, surrounded by crew and equipment and cameras, feeling a little bit lost and vulnerable. Michael Jackson was taking his first steps away from being a surprisingly mature child performer - with songs about schoolyard crushes and whatnot - and into the world of complex adult emotions. In the case of She's Out of My Life, these would include despair and regret to such a profound degree that he struggled to finish a single take of the song without breaking down in tears, and would later write that he felt "so rich in some experiences while being poor in moments of true joy".

In the CD booklet for the re-released Off the Wall - the album the song is on - producer Quincy Jones later recalled: "When we recorded it with Michael, I know it was an experience he'd never even thought about to sing in a song, 'cause it's a very mature emotion. And he cried at the end of every take, you know. We recorded about - I don't know- 8-11 takes, and every one at the end, he just cried, and I said, 'Hey, that's supposed to be, leave it on there.'"

Consequently, when Michael came to record the video, which is a sedate affair - just him in a darkened room emoting for all he is worth - the tears came as they always had. There's a little edit to spare his blushes, but it does nothing to lessen the emotional intensity. 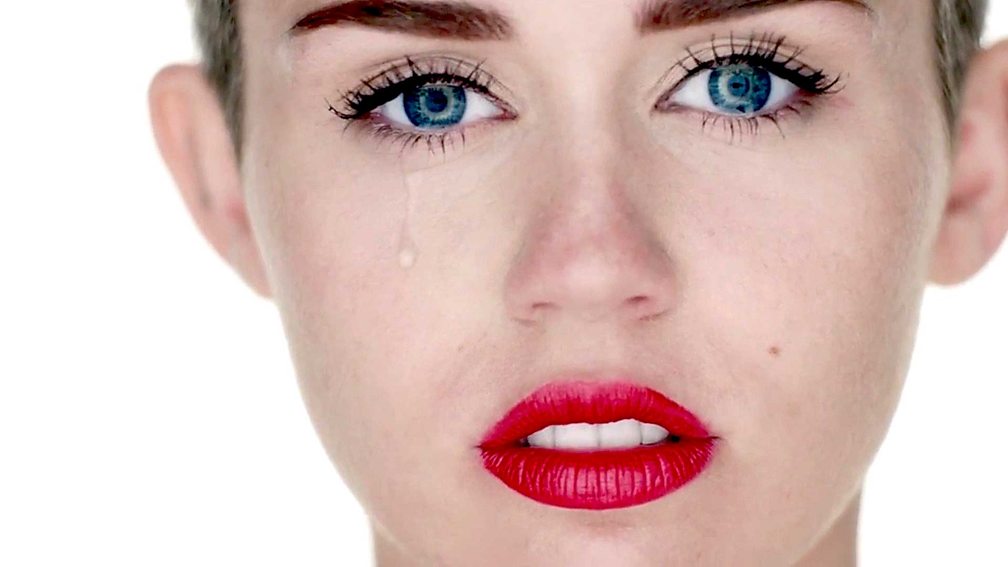 The video that launched a thousand think-pieces, Wrecking Ball is often singled out for its over-literal use of a swinging metal ball being ridden by a naked Miley Cyrus, who goes on to lick a sledgehammer in a way that is, frankly, unhygienic. It caused no end of fuss about the use of sexualised imagery in pop videos, and in that sense it singularly failed in its one job - to support the emotive depth of the song it illustrates.

But it does start with the arresting shot of a tearful Miley singing the first verse direct to camera against a white background. In fact, Wrecking Ball the song has moved its singer to tears on numerous occasions, and although this has been attributed to the breakup of her relationship with Liam Hemsworth, Miley told KISS radio in Seattle that her tears on the day of the shoot were deliberate: "When I was on the video set, I was thinking about my dog that had passed away, which is the worst thing that has ever happened to me... I kept thinking about that when I was trying to cry because it's more awkward actually crying in front of a room full of people than you would think swinging naked on a wrecking ball is; it's a lot more uncomfortable to cry and let yourself go with that emotion." 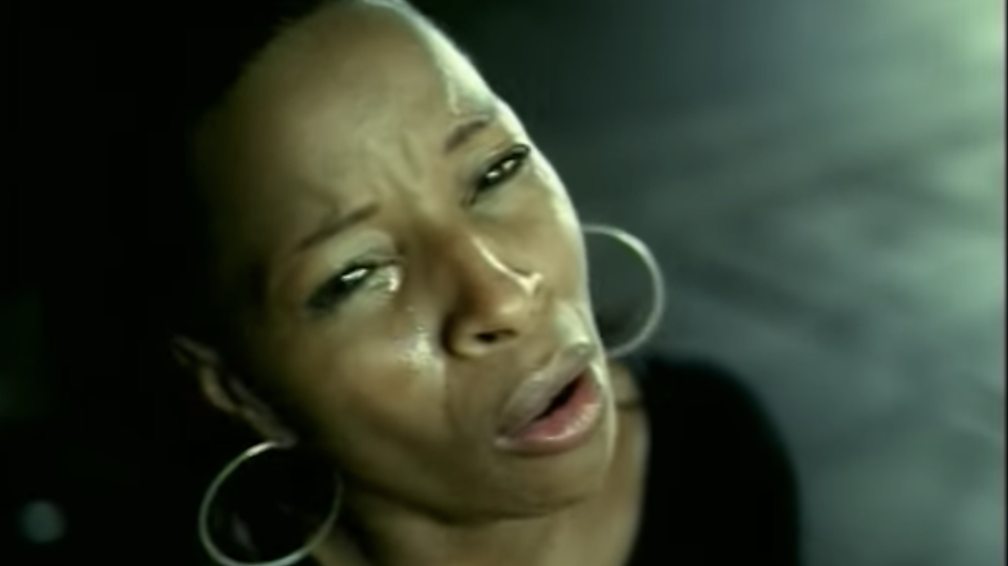 The whole point of the video for No More Drama is to put Mary J. Blige into several hugely upsetting situations - including domestic violence, gang-related shootings and drug deaths - as a kind of musical conscience, offering redemption, strength and wisdom while absorbing the emotional heat. The heart of the song is her decision to live in the light amid trying times, to leave behind destructive (and dramatic) personal circumstances in the cause of inner peace, and in the act of doing that, the tears in the video feel like tears of relief, rather than self-pity.

She told Billboard that these empathic sobs have always been a firm part of her working method: "We cried so much on the My Life album. We were so confused on the Share My World album. We went through a lot together and we almost died together, but I figured out a way to get us out of this private hell we're living in. The No More Drama album was about bringing the joy that I found to all those people who were crying with me."

There's no cynical or manipulative edge to the tears in this video. Yeah Yeah Yeahs filmed the promo for their 2003 single Maps through the framing device of the film shoot - with a crew sitting about looking bored while the band perform and a director audibly shouting instructions from behind a camera - but singer Karen O's genuine distress wiped out the possibility of this coming across as arch or knowing.

She later told the NME that she had been expecting her then-boyfriend (Angus Andrew of Liars) to turn up at the shoot to wish her well for the band's tour. It would've been an emotional goodbye as it was, but he was three hours late, leaving her to perform her band's most tender song while feeling abandoned. She said: "They were real tears... I didn't think he was even going to come and this was the song that was written for him. He eventually showed up and I got myself in a real emotional state."

There is a lot of crying in this video. A lot of crying and a lot of models. Kanye West hooked up with the fashion house Balmain to create a monochrome study in which models are shunted into position like showroom dummies, while the tears run down his face, and the faces of Cindy Crawford and Kim Kardashian, and maybe even Sia, but it's hard to tell under that fringe.

Steven Klein directed the video as an exercise in humanity amid inhumanity, the emotionless features of the models - whose clothes are very much there to be appreciated - contrasting with the immaculately dressed celebrity tears. Arguably there's not a lot of real crying on display, but the lyrics are fairly desperate, including the rather paranoid couplet: "You tried to play nice, everybody just took advantage / You left your fridge open, somebody just took a sandwich."