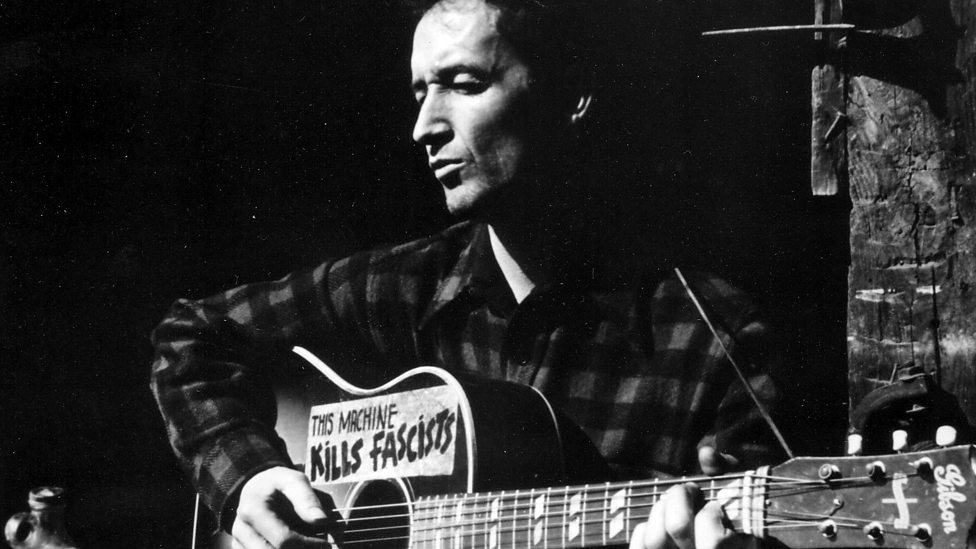 American folk icon Woody Guthrie died 50 years ago, at the age of 55. At this year’s Folk Awards, he will be inducted into the Hall of Fame. 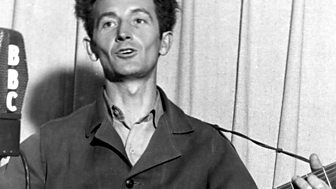 Singer, songwriter, migrant worker, activist, traveller, writer, sailor… Guthrie lived a remarkable life and left behind an extensive catalogue of songs that, for many, represent the soul of working America.

Guthrie’s songs have become folk standards, interpreted by a wide range of artists over the years. Here are just a few great versions.

1. Way Over Yonder in the Minor Key - Billy Bragg & Wilco 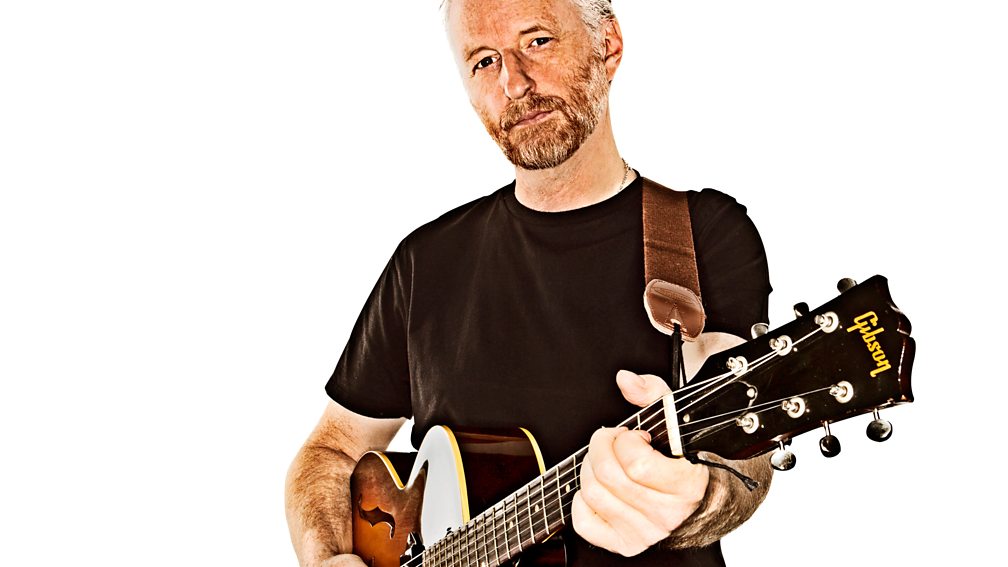 In the 1990s Billy Bragg and the band Wilco were asked by Guthrie’s daughter Nora to write music using Woody’s unused lyrics. The result was three volumes of Mermaid Avenue albums. Other fine songs from the project include California Stars, sung by Wilco’s Jeff Tweedy, and Birds & Ships, sung by Natalie Merchant. 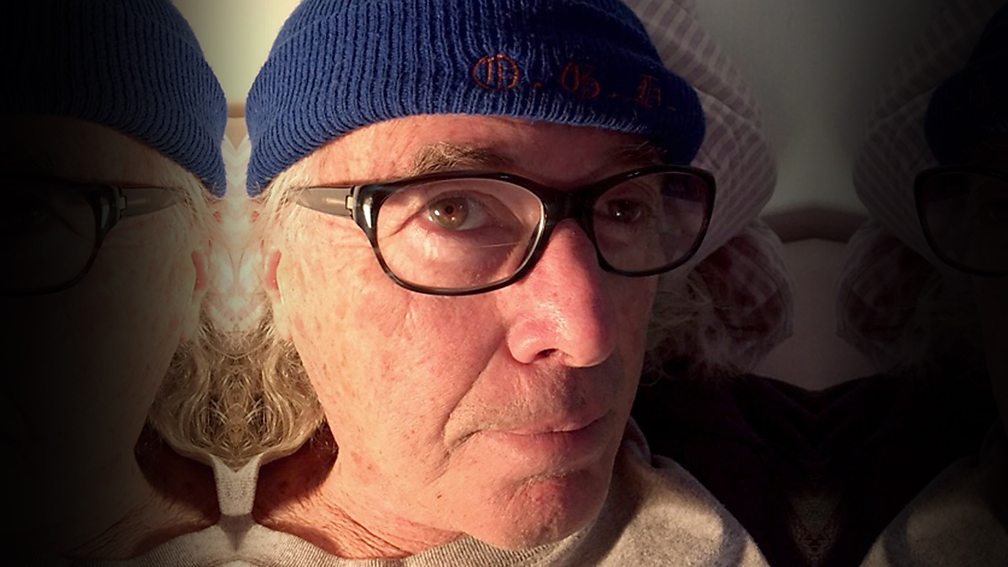 LA roots-rock legend Ry Cooder has recorded a number of Guthrie songs during his career. This one featured on Ry’s 1972 album, Into the Purple Valley, and the song has also been recorded by Nazareth and Bruce Springsteen.

3. The Sinking of the Reuben James - Pete Seeger 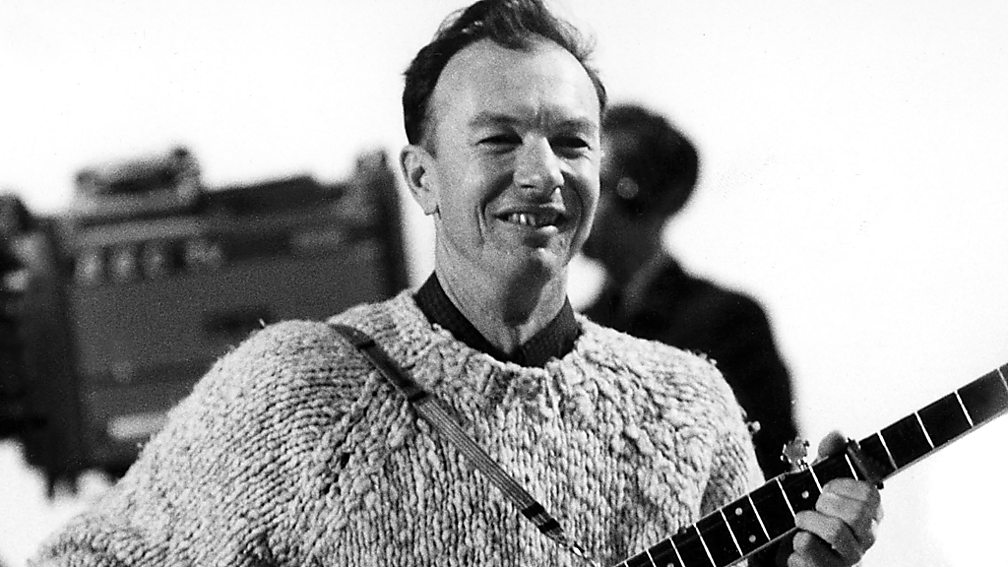 Pete Seeger met Woody Guthrie in New York in 1940. They became friends and flatmates, and Woody ended up joining Pete’s ‘peace song’ group, the Almanac Singers. Woody, himself a merchant marine during World War II, wrote this song about the USS Reuben James, which was sunk by a U-boat in 1941. This version is from Pete’s album, Sings Woody Guthrie, from 1968.

4. This Land Is Your Land - Lady Gaga

During her interval performance at the 2017 Super Bowl, pop star Lady Gaga began with a medley of Irving Berlin’s God Bless America and Guthrie’s best-known song, This Land is Your Land. Woody wrote the song - which promotes freedom and equality in the USA - in 1940 as an alternative to Berlin’s song, which Woody disliked. It’s been covered by Neil Young, Peter Paul & Mary, The Seekers, Ani Difranco, Glen Campbell, The Kingston Trio, Sharon Jones and more. 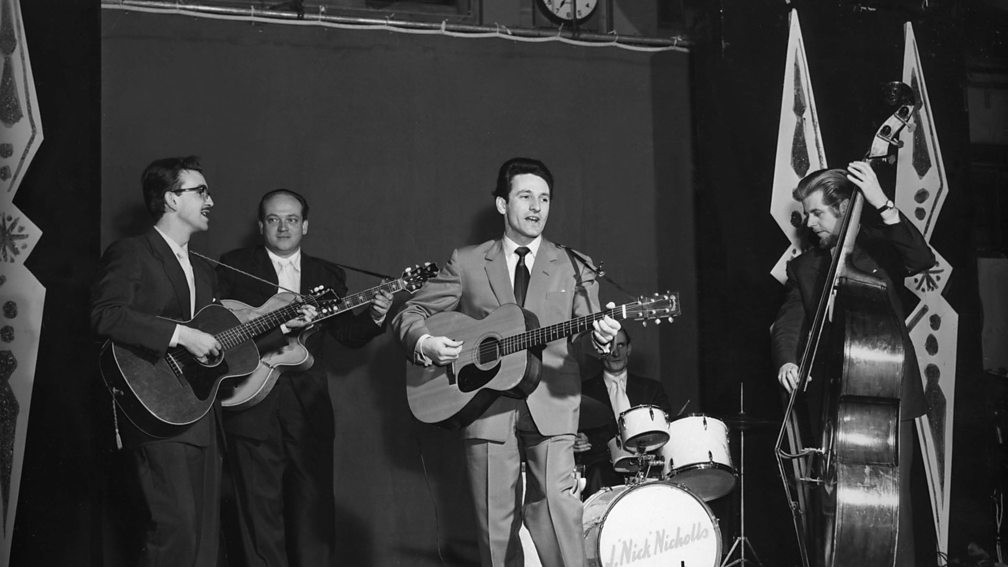 Scottish skiffle sensation Lonnie Donegan had a couple of late 1950s hits with Guthrie songs. The Grand Coulee Dam reached No. 6 in 1958, and this version of Gamblin’ Man reached No. 1 in 1957. Donegan’s interpretations of American folk music boosted its popularity on both sides of the Atlantic. 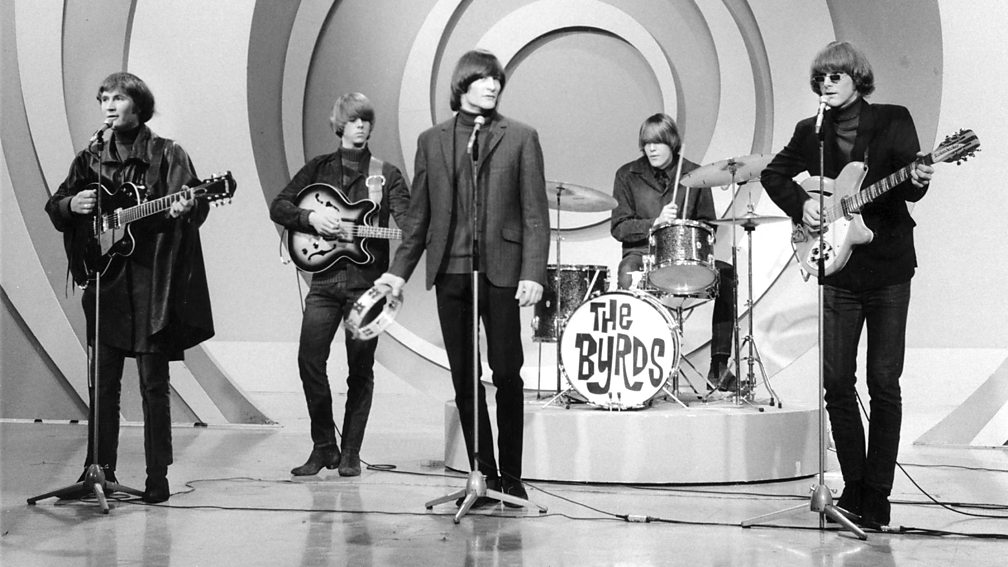 Woody wrote this song about Charles Arthur ‘Pretty Boy’ Floyd, a murderous gangster and bank robber who grew up in Guthrie’s home state of Oklahoma. Despite his crimes, Floyd was popular with some citizens, and acquired a Robin Hood-like reputation that this song focusses on. 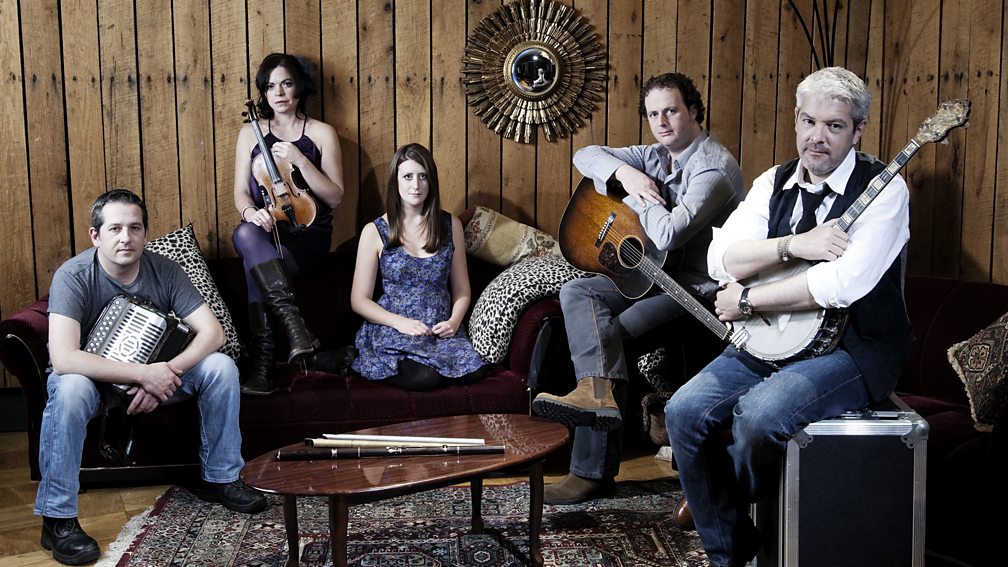 American-Irish band Solas, from Philadelphia, released their version of this song on the 2006 album The Words that Remain. Woody wrote it in 1941, inspired by the sight of the Columbia River and the surrounding landscape of California and Oregon, a place that seemed “like paradise” to a Dust Bowl migrant from Oklahoma. 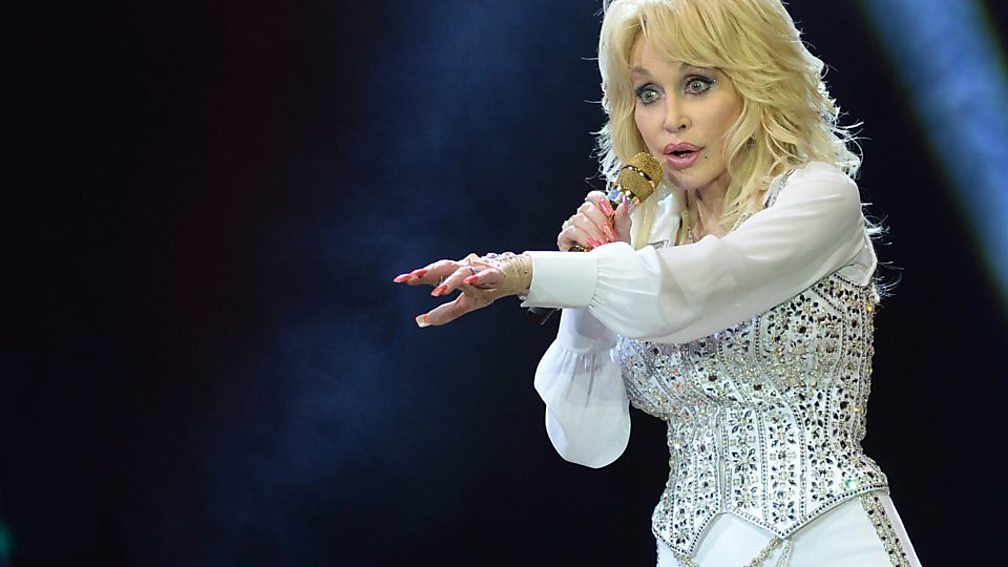 Woody wrote this song after a plane deporting Mexican farm workers from California crashed, killing 32 people in 1948. Woody objected to how the Mexican victims were only listed as ‘deportees’ in some news reports. Other versions of this song have been recorded by Joan Baez, and the Highwaymen (Johnny Cash, Waylon Jennings, Willie Nelson and Kris Kristofferson). 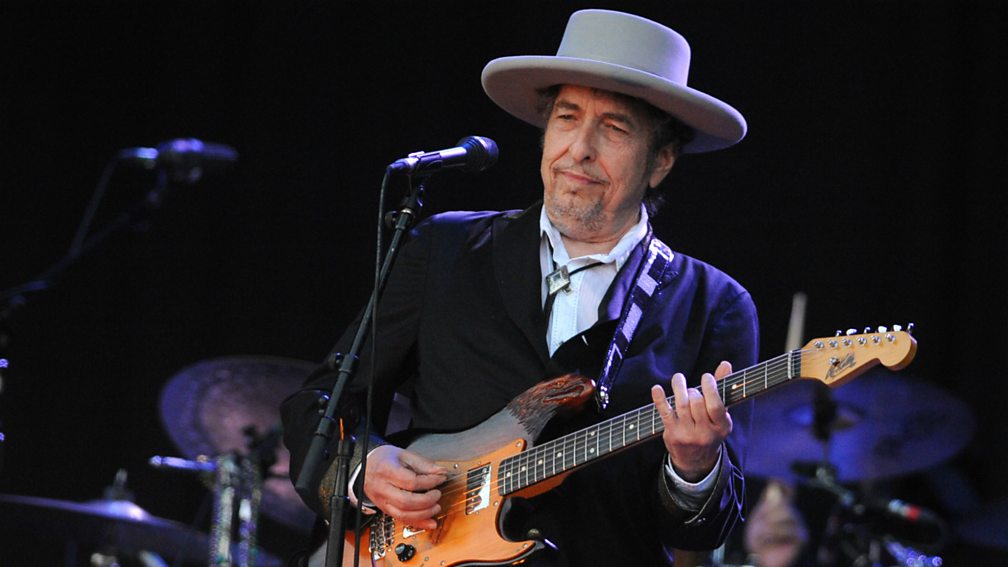 Bob Dylan idolised Woody Guthrie. When Woody was suffering from Huntington’s Disease, Dylan visited him in hospital, and one of Dylan’s early songs, Song to Woody, pays tribute to Guthrie and his contemporaries. This version of I Ain’t Got No Home was recorded at the Woody Guthrie Memorial Concert in New York’s Carnegie Hall in 1968. It was Dylan’s first public appearance after 18 months avoiding the limelight.

This one is not a Guthrie song, but a Springsteen original inspired by Woody’s song The Ballad of Tom Joad, as well as the original source of the character: John Steinbeck’s novel The Grapes of Wrath. The book is set in the Dust Bowl during the Great Depression, which Woody experienced first-hand.