David Beckham's emails have been hacked. The people who did it wanted him to pay them to keep quiet. Neil and Catherine look at the language the world's media is using to discuss this story - and show you how you can use it in your everyday English.

David Beckham's emails have been hacked – and they appear to show that the former footballer was very angry about not being given the title 'Sir'. The hackers demanded money to keep the emails secret.

Which of these in NOT a financial crime?

a) fraud
b) bribery
c) windfall 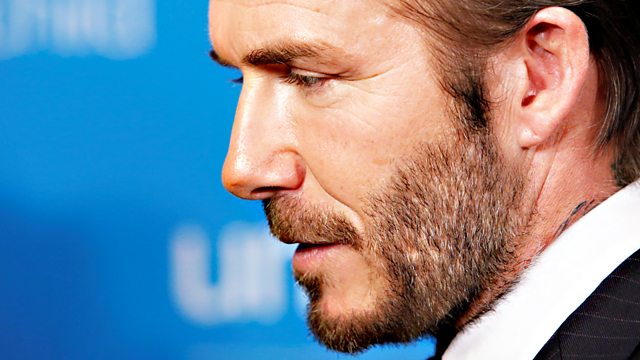 Compared with his playing days as a footballer, David Beckham is generally not tabloid fodder very often these days.

Over the weekend, that abruptly changed. Hacked emails on the website Football Leaks appear to show both his anger at being denied a knighthood and his irritation that other celebrities had received honours.

leak
the act of making private information known to the public

blackmail
get money from someone by threatening to reveal their secrets

There's a colour in the name…

ሓገዝ
"The gangsters threatened to release a video of the actor taking drugs unless he paid them $1m." What is this an example of?
a leak VGhhdCdzIG5vdCB0aGUgcmlnaHQgYW5zd2VyLiBNb25leSBpcyBpbnZvbHZlZCBpbiB0aGlzLg==
b blackmail V2VsbCBkb25lIQ==
c fury U29ycnksIHRoYXQncyB3cm9uZy4gJ0Z1cnknIG1lYW5zICdleHRyZW1lIGFuZ2VyJy4=

This is an intentional act of releasing information.

ሓገዝ
The former spy ______ plans for a military strike to the newspapers.
a leak VGhhdCdzIG5vdCByaWdodC4gQmUgY2FyZWZ1bCB3aXRoIHRoZSB0ZW5zZSE=
b leaked V2VsbCBkb25lIQ==
c blackmailed VGhhdCdzIG5vdCB0aGUgcmlnaHQgYW5zd2VyLiBZb3UgY2FuJ3QgYmxhY2ttYWlsIGEgcGxhbi4=

Join us in Session 3 for Pronunciation in the News - our video which takes a word from the latest headlines and shows you how it's being said.