The Rio Olympics are starting in a few days, but there are concerns over water and air pollution in Rio. Join Sian and Catherine in News Review as they bring you this story and the language you need to understand it.

Water pollution at the Rio Olympics

Days before the Olympic Games are due to start, there are concerns about the dangers of pollution in Rio.

If someone is very calm and relaxed, we say they are as cool as a ...

a) coconut
b) cucumber
c) carrot 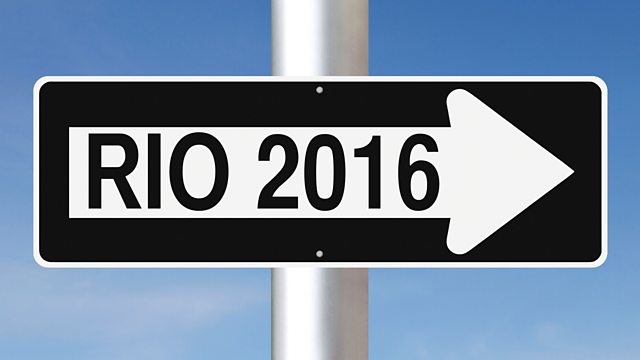 With just four days until the start of the Olympic Games in Brazil, reports indicate that levels of pollution in Rio de Janeiro remain alarmingly high.

Guanabara Bay, where sailing events will be held, is heavily polluted by raw sewage and chemicals. Research also suggests the authorities have failed in their promise to clean up Rio's air quality.

Cleaning up Rio's chronically polluted waters was a promise that the city made when it was chosen to host the Olympic Games, but it simply hasn't been kept.

We're out now on Guanabara Bay, where Olympic sailing events will take place. The smell from the oil on the surface is overpowering and these are waters full of physical waste. Furniture, even dead animals, have been found in the water here.

But most of all it's the sewage from the favelas, and even the middle-class parts of town, that floods down into the bay, making this one of the world's most polluted waterways.

teeming with
containing a large number of

unfazed
not surprised or worried

favelas
areas of cities in Brazil where housing is very poor

'Filthy' is an extreme adjective.

Ayuda
Which ONE of these sentences using 'filthy' is correct?
a This house is very filthy U29ycnksICdmaWx0aHknIGlzIGFuIGV4dHJlbWUgYWRqZWN0aXZlLCBzbyB5b3UgbmVlZCB0byB1c2UgYW4gZXh0cmVtZSBhZHZlcmIsIHN1Y2ggYXMgJ2Fic29sdXRlbHknLiBZb3UgY2FuJ3QgdXNlICd2ZXJ5JyBvciAnYSBiaXQnIHdpdGggZXh0cmVtZSBhZGplY3RpdmVzLg==
b She's always telling filthy jokes V2VsbCBkb25lLg==
c My shoes are a bit filthy! Maybe I should leave them outside U29ycnksICdmaWx0aHknIGlzIGFuIGV4dHJlbWUgYWRqZWN0aXZlLCBzbyB5b3UgbmVlZCB0byB1c2UgYW4gZXh0cmVtZSBhZHZlcmIsIHN1Y2ggYXMgJ2Fic29sdXRlbHknLiBZb3UgY2FuJ3QgdXNlICd2ZXJ5JyBvciAnYSBiaXQnIHdpdGggZXh0cmVtZSBhZGplY3RpdmVzLg==

You need a preposition with 'teem' when there's an object in the sentence.

The answer is: b) as cool as a cucumber