Is time nearly up for Brazil's President Dilma Rousseff? A recent vote by politicians indicate most of them believe she has committed serious crimes. Join us in News Review as we bring you the language you need to understand this story of political intrigue.

Brazil's president on the edge

Brazil is split between those who support President Rousseff and those who believe she has committed serious crimes. But a vote last night has moved the situation one step closer to officially declaring her to be a criminal.

In the video, Finn and Catherine explore language used by newspapers and websites across the world to talk about this story.

Which of these body parts cannot be used as a verb? 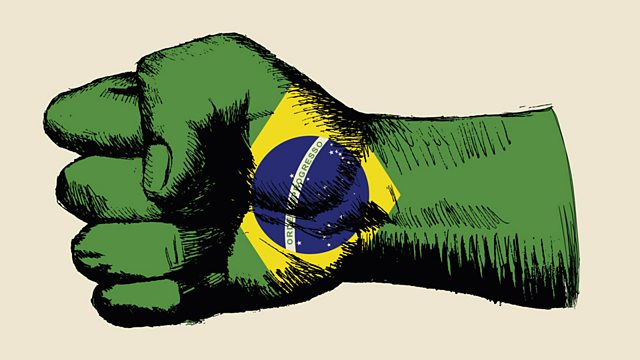 A Brazilian congressional committee has recommended the impeachment of President Dilma Rousseff. After stormy debate that lasted all day, the committee voted by 38 votes to 27 in favour of impeachment. The lower house of Congress will consider the matter within the next week. President Rousseff has condemned the moves as a political coup.

"Dilma out! Dilma out!" shouted the government's jubilant opponents after ten hours of often bitter, noisy debate which highlighted the deep divisions in Brazilian society.

At the end of which the special committee on impeachment voted by 38 votes to 27 to recommend the impeachment of President Rousseff.

The president has been hit hard by a faltering economy and a damaging corruption scandal focused on the state-controlled oil giant Petrobras which has implicated several senior politicians and business leaders.

President Rousseff and her supporters in the ruling Workers Party say the proceedings in congress amount to a parliament coup against a democratically elected government.

coup
sudden seizing of political power, often by an army

Помощь
What's another way of saying 'I support you'?
a I back you V2VsbCBkb25lLiBUaGF0J3MgdGhlIHJpZ2h0IGFuc3dlci4=
b I shoulder you Tm8gLSB0byAnc2hvdWxkZXInIG1lYW5zIHRvIHRha2Ugb24gb3IgdG8gYmVhciAoYSByZXNwb25zaWJpbGl0eSku
c I impeach you Tm8gLSB0aGlzIGlzIGNvbXBsZXRlbHkgdGhlIHdyb25nIG1lYW5pbmcuIFRyeSBhZ2Fpbi4=

We need the noun form.

This is the name of a sporting event.

The answer is: d) nostril.

Learn more about this story with BBC News.