Hillary Clinton's illness is making headlines around the world. Join Sian and Catherine in News Review to find out about this story and the language you need to understand it.

The world's media are talking about Hillary Clinton's illness - people are demanding to know why she kept it hidden, but Hillary says that she just didn't think it was that important.

Which TWO of these sentences describe someone who is honest and open?

You'll hear the answer in the programme. 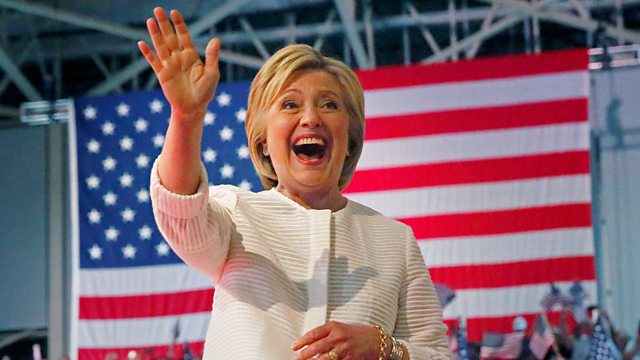 The democratic presidential candidate, Hillary Clinton has said in an interview that she didn't disclose her pneumonia diagnosis originally as she didn't think it would be a big deal.

She's been facing criticism that she hadn't revealed her condition when diagnosed on Friday, but only after she almost collapsed in public two days later.

When the news broke that Hillary Clinton had been diagnosed with pneumonia it made headlines around the world.

But, in her interview last night, the democratic presidential candidate said she didn't think her illness was going to be that big a deal and she batted away suggestions that she'd been secretive. "People know more about me than almost anyone else in public life," she told CNN.

That may be true, but among many Americans there's a feeling that the Clintons are anything but transparent.

hold/keep/play your cards close to your chest
not share key information; be secretive

come clean
tell the truth about something you were keeping secret

not that big a deal
important, but not very important

Say the sentences aloud - which sounds the most natural?

The headline Sian and Catherine discussed was: "Time for Clinton to come cleath about health."

These phrase all from the activity of playing cards - in which of these actions do you reveal your cards?

The two sentences which describe someone who is honest and open are: b) She’s an open book and c) She lays all her cards on the table.

a) She’s economical with the truth means that she says things that are not true.

You can learn some other great phrases for talking about hiding - and revealing - the truth here.