Unit 25: Against the odds
Linking devices of contrast

When it seems you don't stand a chance...

In cultures which celebrate success, what is it about the weak, ugly and powerless that people find so interesting? Do we root for them in spite of their weaknesses - or is it because of them? Learn about the use of linking devices of contrast through this article.

The appeal of the underdog

The examples are endless… from British ski jumper Eddie "the Eagle" Edwards to Arnold Schwarzenegger: we remember the stories of some well-known underdogs who came out on top. Read the article and do some exercises to check how well you understood it.

Read this article about famous stories about people who achieved their goals in spite of their difficulties. As you read, look for the answer to this question: Which famous person in the article is compared to a bird in a well-known children's story? The answer is at the bottom of the article.

Read the text and complete the activity 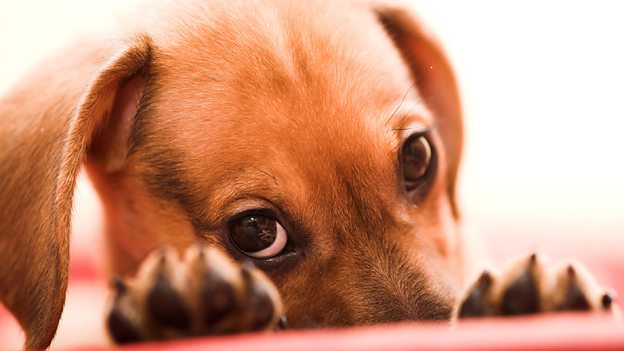 Part 1
Nobody expected ski jumper Eddie "the Eagle" Edwards to become a famous Olympian. But if you ask any British person who he is, they'll recognise the name and smile. Did he win gold at the Calgary Winter Olympics in 1988, making his countrymen proud? No, they love him in spite of his finishing a distant last in the competition. Actually, they love him exactly because of that. Edwards was working as a plasterer when he qualified. His struggle captured people's imagination.

"I was a normal guy, I just did the best I could with what I had - which wasn't much," he said. "I had no money, no training facilities, no snow, no ski jumps, no trainer but I still managed to ski jump for my country - and getting there was my gold medal."

Part 2
If Edwards's story sounds like a version of the tale The Hare and The Tortoise, in which the tortoise comes last but still becomes famous, singer Susan Boyle's story is that of the Ugly Duckling. The unassuming middle-aged fat lady met a sceptical panel of judges and spectators when she said on the stage of a talent competition that she wished to become a professional singer as successful as Elaine Paige – an international singing star. But Boyle turned into a musical swan before everybody's eyes when she started to sing "I Dreamed a Dream" from the musical Les Misérables. The woman from Scotland became an internet sensation in 2009. Although she didn't look like Taylor Swift, millions of people wanted to watch the video of her audition.

Part 3
Susan Boyle is a wealthy artist now, but when we think about an underdog who really earned a lot of money a name which comes to mind is that of the Hungarian-born American businessman and philanthropist George Soros. His is a real from rags to riches story. In spite of being born to a Jewish family with a successful business, he ended up as an impoverished student in London. Soros survived the Nazi occupation of Budapest and fled the Communist regime, before working as a waiter and a railway porter while studying at the London School of Economics. And although Soros managed to get a degree, he had difficulty in finding a good job. He tried hard but employers didn't want to give him a chance.

The breakthrough came when Soros was accepted at the merchant bank Singer and Friedlander, where the managing director was Hungarian too. George Soros has had his share of controversy – considered a currency speculator, his name is linked to the 1992 Black Wednesday UK currency crisis. Forbes magazine sees George Soros as a thoroughly self-made man.

Part 4
The appeal of those who succeed against all odds has been celebrated in literature and movies, with stories based on the struggles of real underdogs. The Pursuit of Happyness took to the screen in 2006 the story of Chris Gardner, a homeless single father who ended up with a good job in the financial sector, wrote a book and now encourages people not to accept defeat. Environmental activist Erin Brockovich's story was also turned into a film in 2000: despite not having studied law, this single mother helped US residents to receive compensation from a big energy company which had polluted the area where they lived.

The underdog also has a guaranteed place in fictional stories. Actor Jonah Hill, known for The Wolf of Wall Street and Moneyball, isn't handsome - but is very much in demand at the moment to play the funny and loveable underdog. He says: "You don't buy that Brad Pitt is struggling, you know that guy could be the most 'skill-less' guy in the world, but if you look like that you will be fine for the rest of your life."

Part 5
One of the most famous real underdogs in the movie industry is Arnold Schwarzenegger, who left his hometown in Austria with ambitious plans. First he came to Britain and then went to the US, and even though he had a surname many people can't pronounce or write correctly and a heavy German accent, he made it big. Who wouldn't like to have been a fly on the wall when he approached agents in Hollywood, saying that he wanted to be an actor? You might find some clips of his early movies online. His English was not easy to understand. But Arnie didn't seem to have taken "no" for an answer, and pushed hard to be a movie star, later becoming the Governor of California. He has been the butt of jokes for decades - but this underdog doesn't seem to mind: he came out on top.

The secret of a successful underdog appears to be their confidence and determination to achieve their objectives, no matter what others say. Maybe the famous line by Arnold Schwarzenegger's robot character in The Terminator is a message to the underdog: "I'll be back!"

Do you feel like an underdog? Well, if something doesn't work, don't give up. Come back and have another go.

Answer to our question:
The famous person in the article compared to a bird from a children's story is Scottish singer Susan Boyle. The story is the Ugly Duckling and the bird ends up as a beautiful swan. A happy ending for the bird - and for Susan Boyle!

Here are more questions for you to check how much of the article you can understand.

From underdog to top dog - The quiz

Read part 1 carefully. What do people remember him for?

Help
In spite of coming last in the competition, Eddie "the Eagle"…
a ...was proud to have represented his country in the Olympics. V2VsbCBkb25lISBFZGRpZSAidGhlIEVhZ2xlIiBFZHdhcmRzIHdvbiBubyByZWFsIG1lZGFscyBidXQgaGUgbWFkZSBhbiBlZmZvcnQgYW5kIHF1YWxpZmllZCB0byBjb21wZXRlIGluIHRoZSBDYWxnYXJ5IFdpbnRlciBPbHltcGljcyBpbiAxOTg4Lg==
b …was a plasterer when he qualified. U29ycnksIHdyb25nIGFuc3dlciEgSGUgd2FzIGEgcGxhc3RlcmVyLCBidXQgd2hhdCB3YXMgdGhlIGV4dHJhb3JkaW5hcnkgdGhpbmcgaGUgZGlkPw==

Read part 2 carefully, and have a look at the vocabulary reference.

Help
Which of these statements is true?
a Susan Boyle's extravagant appearance impressed everybody when she came to the stage. U29ycnksIHRoYXQncyB3cm9uZy4gU3VzYW4gQm95bGUgaXMgZGVzY3JpYmVkIGFzIGFuIHVuYXNzdW1pbmcgbWlkZGxlLWFnZWQgbGFkeSDigJMgJ3VuYXNzdW1pbmcnIG1lYW5zIHNvbWVvbmUgd2hvIGRvZXMgbm90IGF0dHJhY3QgYXR0ZW50aW9uIHRvIHRoZW1zZWx2ZXMu
b The talent competition judges were sure Susan Boyle would become an internet sensation. U29ycnksIHRoYXQncyB3cm9uZy4gVGhlIHZpZGVvIG9mIFN1c2FuIEJveWxlJ3MgYXVkaXRpb24gYmVjYW1lIGFuIGludGVybmV0IHNlbnNhdGlvbiwgYnV0IHdoZW4gc2hlIGFwcGVhcmVkIG9uIHRoZSBzdGFnZSB0aGUganVkZ2VzIGFuZCB0aGUgYXVkaWVuY2Ugd2VyZSAic2NlcHRpY2FsIiAtIHRoZXkgZGlkbid0IGJlbGlldmUgc2hlIHdvdWxkIGJlIGFibGUgdG8gc2luZyB3ZWxsLg==
c Susan Boyle doesn't have to look like Taylor Swift to sing well. V2VsbCBkb25lISBTdXNhbiBCb3lsZSBpbXByZXNzZWQgZXZlcnlib2R5IHdoZW4gc2hlIHNhbmcgIkkgRHJlYW1lZCBhIERyZWFtIi4=

What is a "self-made man"? Check the vocabulary reference if you're not sure.

Help
George Soros can be considered a self-made man because…
a ...he survived the Nazis and fled the Communist regime. U29ycnksIHRoYXQncyB3cm9uZy4gVGhpcyBpcyBub3QgZW5vdWdoIGZvciBoaW0gdG8gYmUgY29uc2lkZXJlZCBhIHNlbGYtbWFkZSBtYW4uIA==
b …was a student who had to do low-paid work - but ended up as a very wealthy man. V2VsbCBkb25lISBBIHNlbGYtbWFkZSBtYW4gaXMgc29tZW9uZSB3aG8gYmVjb21lcyByaWNoIGFuZCBzdWNjZXNzZnVsLCB0aGFua3MgdG8gaGlzIG93biBlZmZvcnRzLg==
c …made an effort to find a good job when he got his degree. U29ycnksIHRoYXQncyB3cm9uZy4gRWZmb3J0IGFsb25lIGRvZXNuJ3QgcmVzdWx0IGluIGEgc2VsZi1tYWRlIG1hbi4gRGlkIGhlIGFjaGlldmUgYW55dGhpbmc/

Read carefully what the US actor says in part 4.

Help
True or false? Jonah Hill believes that Brad Pitt would be the perfect actor to play an underdog.
a True U29ycnksIHRoYXTigJlzIHdyb25nLiBKb25haCBIaWxsIHNhaWQgbm9ib2R5IGJlbGlldmVzIHRoYXQgZ29vZC1sb29raW5nIHBlb3BsZSBzdWNoIGFzIEJyYWQgUGl0dCBoYXZlIGEgc2lnbmlmaWNhbnQgZGlzYWR2YW50YWdlIHdoZW4gaXQgY29tZXMgdG8gYWNoaWV2aW5nIHN1Y2Nlc3MsIHNvIEJyYWQgUGl0dCB3b3VsZG4ndCBiZSBhIGdvb2QgYWN0b3IgdG8gcGxheSB0aGUgcGFydCBvZiBhbiB1bmRlcmRvZy4=
b False VGhpcyBpcyB0aGUgY29ycmVjdCBhbnN3ZXIuIFdlbGwgZG9uZSEgSm9uYWggSGlsbCBzYWlkIG5vYm9keSBiZWxpZXZlcyB0aGF0IGdvb2QtbG9va2luZyBwZW9wbGUgc3VjaCBhcyBCcmFkIFBpdHQgaGF2ZSBhIHNpZ25pZmljYW50IGRpc2FkdmFudGFnZSB3aGVuIGl0IGNvbWVzIHRvIGFjaGlldmluZyBzdWNjZXNzLCBzbyBCcmFkIFBpdHQgd291bGRuJ3QgYmUgYSBnb29kIGFjdG9yIHRvIHBsYXkgdGhlIHBhcnQgb2YgYW4gdW5kZXJkb2cu

Help
Choose the correct option to complete this sentence: In spite of _____ Arnold Schwarzenegger became a big movie star.
a being a fly on the wall U29ycnksIHdyb25nIGFuc3dlci4gVGhlIHRleHQgdXNlcyAiYSBmbHkgb24gdGhlIHdhbGwiIGFzIGFuIGV4cHJlc3Npb24gbWVhbmluZyB0byBoZWFyIGFuZCBzZWUgZXZlcnl0aGluZyB0aGF0IGlzIGhhcHBlbmluZyBpbiBhIHBhcnRpY3VsYXIgcGxhY2UsIHdpdGhvdXQgYmVpbmcgbm90aWNlZCBieSBvdGhlciBwZW9wbGUu
b making it big U29ycnksIHdyb25nIGFuc3dlci4gIk1ha2UgaXQgYmlnIiBtZWFucyAnYmUgdmVyeSBzdWNjZXNzZnVsJy4gV2hhdCB3YXMgdGhlIG9ic3RhY2xlIHRvIEFybmllIGFjaGlldmluZyBoaXMgZHJlYW0gb2YgYmVjb21pbmcgYSBtb3ZpZSBzdGFyPw==
c his heavy accent VGhpcyBpcyB0aGUgY29ycmVjdCBhbnN3ZXIuIFdlbGwgZG9uZSEgQXJub2xkIFNjaHdhcnplbmVnZ2VyJ3MgYWNjZW50IGNvdWxkIGhhdmUgcHJldmVudGVkIGhpbSBmcm9tIGJlaW5nIGEgc3VjY2Vzc2Z1bCBhY3RvciBpbiBIb2xseXdvb2QgYmVjYXVzZSB0aGVyZSB3YXMgYSBjb25jZXJuIHRoYXQgdGhlIGF1ZGllbmNlIHdvdWxkbid0IHVuZGVyc3RhbmQgd2hhdCBoZSB3YXMgc2F5aW5nLg==

Read part 5 carefully. Did Arnie stop trying to succeed when he received negative answers from people in the movie industry?

Help
True or false: Arnold Schwarzenegger's confidence might have helped him to succeed.
a True V2VsbCBkb25lISAgSGUgZGlkbuKAmXQgdGFrZSAibm8iIGZvciBhbiBhbnN3ZXIgd2hlbiBoZSBoZWFyZCBpdCBjb3VsZCBoYXZlIGJlZW4gZGlmZmljdWx0IGZvciBoaW0gdG8gYmUgYSBtb3ZpZSBzdGFyIG9yIGV2ZW4gdGhlIEdvdmVybm9yIG9mIENhbGlmb3JuaWEu
b False U29ycnksIHRoYXQncyB3cm9uZy4gSWYgeW91IGhhdmUgY29uZmlkZW5jZSwgeW91IGJlbGlldmUgaW4geW91cnNlbGYsIGFuZCBBcm5pZSBiZWxpZXZlZCBoZSB3b3VsZCBzdWNjZWVkIC0gaW4gc3BpdGUgb2YgdGhlIG9ic3RhY2xlcy4g

Who had unexpected success?

Was yours a good score? If not, tell yourself 'I'll be back!" and try again later - we're sure you'll do better next time. Join us in Session 4 when Finn gives us a How to... guide to disagreeing with people.