The head of the US justice department has lost her job because she went against an order from President Trump. Neil and Catherine look at the language the world's media is using to discuss the US immigration ban - and show you how you can use it in your everyday English.

US President Donald Trump has removed Sally Yates because she told lawyers not to enforce his immigration ban on people from seven Muslim-majority countries.

Neil has never been fired from a job. Is this statement:

a) True
b) False
c) Not mentioned 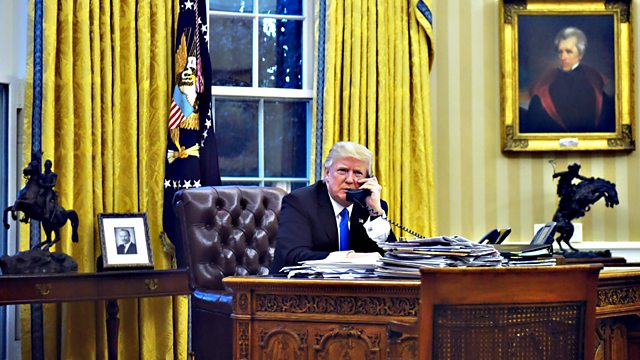 A White House statement accused her of betrayal.

sack / fire
remove from a job

betrayal
act of not being loyal

Another word for bag…

ድጋፍ
My boss gave me the ______ for coming to work drunk.
a bag VGhhdCdzIG5vdCB0aGUgcmlnaHQgYW5zd2VyLiBUaGUgZXhwcmVzc2lvbiBpcyAndG8gZ2l2ZSBzb21lb25lIHRoZSBzYWNrJy4=
b sack V2VsbCBkb25lIQ==
c fire U29ycnksIHRoYXQncyB3cm9uZy4gV2UgZG9uJ3Qgc2F5ICdnaXZlIHNvbWVvbmUgdGhlIGZpcmUnLg==

Do you need a verb, noun or adjective?

It's a set phrase. Make sure you have all the words!

Why nor download the audio and PDF document for this episode?