Get up-to-date with the latest news and understand it too with Lingohack. Listen to and watch authentic BBC World News bulletins and learn key words and phrases to help you make sense of the news.

A 'virtual wife' for lonely men 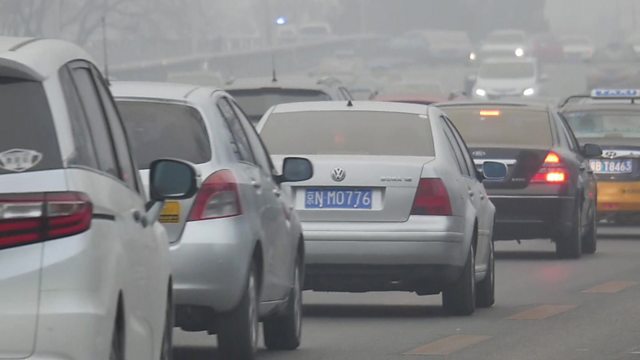 In Beijing this week, people say they're 'living under the dome'. After days on end of heavy pollution, it feels like being trapped under a giant toxic cloud. In Beijing at the moment, both primary and secondary schools have been closed, as have building sites. It feels a bit cabin feverish at the moment; we're all watching the weather reports and waiting for the winds to come along to make this pollution somebody else's problem.

This is one of the most volcanically active places on Earth. But now scientists plan to harness the power of volcanoes, by drilling into the heart of one. This site has been operating continuously for 24 hours a day using this huge piece of kit. In Iceland, towns are already using energy generated from volcanoes, but this new approach could create up to ten times more electricity. And if it works, this technology and the energy it harnesses could be used around the world.

A Japanese firm has come up with a holographic character that is also a smart home device. With ease, she can give you weather updates, and turn on the lights and air conditioning. But the device creators say that Hikari can also be your companion, for when you just need a pal. Social isolation appears to be a growing problem among young people in Japan, very often due to busy lives and heavy work schedules. This venture is aimed at single men who are living alone.

Try these questions to test your ability to use the words from this week's Lingohack video.

Something three-dimensional and life-like, created by lasers

ድጋፍ
Electrician Carl Holdsworth has set up ______ video footage of Mr and Mrs Claus behind the windows of his house. It suggests Father Christmas is in his front room preparing for the festive season!
a cabin feverish VGhhdCdzIG5vdCByaWdodC4gWW91IG5lZWQgYSB3b3JkIHRoYXQgbWVhbnMgJ3RocmVlLWRpbWVuc2lvbmFsIGFuZCBsaWZlLWxpa2UsIGNyZWF0ZWQgYnkgbGFzZXJzJw==
b harness VGhhdCdzIG5vdCByaWdodC4gWW91IG5lZWQgYSB3b3JkIHRoYXQgbWVhbnMgJ3RocmVlLWRpbWVuc2lvbmFsIGFuZCBsaWZlLWxpa2UsIGNyZWF0ZWQgYnkgbGFzZXJzJw==
c holographic V2VsbCBkb25lIQ==
d companion VGhhdCdzIG5vdCByaWdodC4gWW91IG5lZWQgYSB3b3JkIHRoYXQgbWVhbnMgJ3RocmVlLWRpbWVuc2lvbmFsIGFuZCBsaWZlLWxpa2UsIGNyZWF0ZWQgYnkgbGFzZXJzJw==

Control and make use of something

ድጋፍ
A guide dog is more than just a mobility aid to its owner - it is a loving and faithful ______, and very much part of the family.
a cabin feverish VGhhdCdzIG5vdCByaWdodC4gWW91IG5lZWQgc29tZXRoaW5nIHRoYXQgbWVhbnMgJ2EgcGVyc29uIG9yIHNvbWV0aGluZyBsaWtlIGEgcGVyc29uIHlvdSBzcGVuZCBhIGxvdCBvZiB0aW1lIHdpdGgnLg==
b harness VGhhdCdzIG5vdCByaWdodC4gWW91IG5lZWQgc29tZXRoaW5nIHRoYXQgbWVhbnMgJ2EgcGVyc29uIG9yIHNvbWV0aGluZyBsaWtlIGEgcGVyc29uIHlvdSBzcGVuZCBhIGxvdCBvZiB0aW1lIHdpdGgnLg==
c holographic VGhhdCdzIG5vdCByaWdodC4gWW91IG5lZWQgc29tZXRoaW5nIHRoYXQgbWVhbnMgJ2EgcGVyc29uIG9yIHNvbWV0aGluZyBsaWtlIGEgcGVyc29uIHlvdSBzcGVuZCBhIGxvdCBvZiB0aW1lIHdpdGgnLg==
d companion V2VsbCBkb25lIQ==

ግብረመልስ ማጠቃለያ
Excellent! Great job! መጥፎ እድል ነጥብ አስመዝግበዋል : x / y
1
Electrician Carl Holdsworth has set up ______ video footage of Mr and Mrs Claus behind the windows of his house. It suggests Father Christmas is in his front room preparing for the festive season!
የተሳሳተ
2
A project to ______ the power of a Borders river to generate energy has secured more than £1.5m in funding.
የተሳሳተ
3
A guide dog is more than just a mobility aid to its owner - it is a loving and faithful ______, and very much part of the family.
የተሳሳተ
4
After being stuck on the island for a week, the head warden said that ______ was beginning to kick in.
የተሳሳተ

Join us in Session 4 where Mariam reads us a story. This time it's the classic tale of Cinderella and you'll also learn some phrases with the word go.